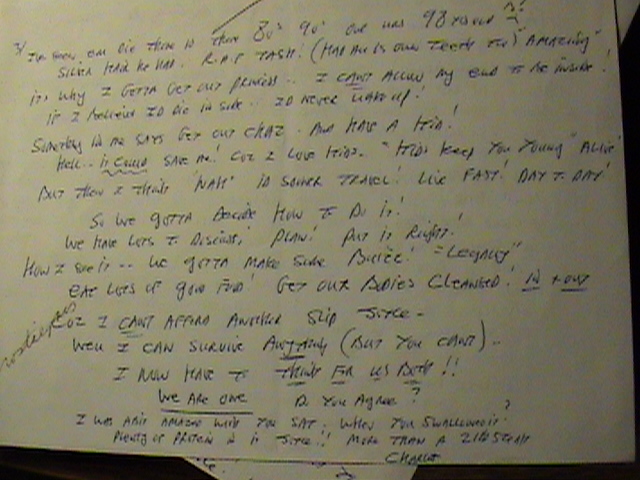 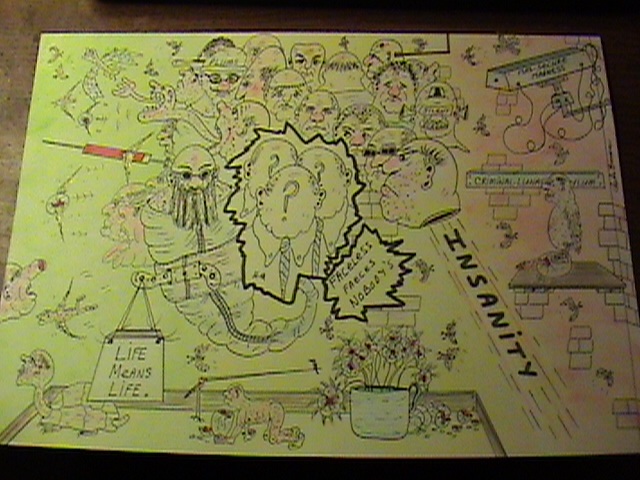 By: CHARLES BRONSON aka MICHAEL PETERSON aka CHARLES SALVADOR

On offer is an original, exciting, massive archive of correspondence, some hand-drawn art, other writings including poetry, articles, postcards, photos, greeting cards and both terrifying and humorous intimate personal letters, news clippings and ephemera relating to and created by Charles Bronson - born Michael Peterson, his named was changed by his boxing manager - who is considered to be Britain’s most feared, in/famous and notorious prisoner. He is also the author of ten books, a poet, armed robber, kidnapper, philanthropist, philosopher, boxer, award winning fitness expert and former circus strongman. Mr. Bronson, was first arrested as a 19 year old in 1974 and has been in prison for 34 years and over 28 years in solitary and has been free less than 120 days in that 34 years. He has been moved over 150 times to and within different prisons. Mr. Bronson has also committed some renowned, notorious acts while in prison including a number of spectacular hostage-takings; they include a two day rooftop protest at Broadmoor Prison in 1983 which caused three quarters of a million pounds damage. In a 1994 kidnapping/escape attempt, he demanded a helicopter, an inflatable doll and a cup of tea as ransom for the release of the guard he was holding at Woodhill Prison. There is a worldwide petition to free Charles Bronson based on the fact that he has suffered an extraordinarily lengthy incarceration while never having killed, raped or molested anyone. Free in spirit Mr. Bronson’s original conviction of 7 years for armed robbery has blossomed to 34 years due to his numerous prison scrapes with authority. Many organizations for prisoner's rights have declared him a ‘political’ prisoner making his long term incarceration all the more untenable. This archive is the accumulation of approximately 15 years by a woman who at one time was engaged to be married to Mr. Bronson. As such the correspondence is of an intimate nature on all levels of Mr. Bronson’s personal and penal life; relationships, activities, hardships with all of its tragedies and comedies. Further correspondence details every aspect of his life in jail, his attempts to be free, his physical fitness program. Mr. Bronson is an incredibly expressive and prolific writer and there are many, many streams of correspondence; writings to and from his fiance, lawyers, publishers, editors, other convicts, fans and friends. He is obviously intelligent and a very driven man in many ways. Some of this material is not for the weak of heart and some will have you laughing hard. Mr. Bronson also had a number of interesting friends; he is godfather to the son of Ronald Biggs, of the Great Train Robbery fame; a pal to the Kray Brothers, leaders of an infamous family run crime gang of whom he wrote a book based on their lives and relationship with him are but a few. We noted a Christmas card to Mr. Bronson's fiance with his and perhaps 30 autographs of other well wishers for example. This archive is the definition of 'one of a kind' as a unique, unparalleled look into the essence of criminality, law enforcement, criminal psychology and the British government and it's penal system. It is also a one of a kind portal into the heart, soul, mind and demons of a long term convict, a noted artist, prolific writer poet with the added perspective of a romance and long distance relationship of very high intensity. There are many, many hundreds if not over a 1000 pages of correspondence filling a 22 x 16 x 7 inch tub right now and will probably ship in one banker's box and will require a secure shipping method like UPS. We noticed about half a dozen pieces of original artwork, a small number of large and small format postcard style paper with artwork and then doodles and drawings throughout the correspondence. Overall condition is VG+.; Manuscript; 4to - over 9¾" - 12" tall; KEYWORDS: HISTORY OF, HANDWRITTEN, PARKHURST WAKEFIELD, CRIMINALITY, CRIMINOLOGISTS, CRIME, PRISON, PRISONER STORIES, PRISONER MEMOIRS, PRISON DIARY, CRIMINAL LIVES, PENAL, DELINQUENCY, ILLEGALITY, KIDNAPPING, ARMED ROBBERS, LAW, LEGAL, JUDICIAL, CUSTODY, SOLITARY, CHARLES SALVADOR, FITNESS, IMPRISONMENT, DETENTION, CONFINEMENT, MANUSCRIPT, DOCUMENT, LETTER, AUTOGRAPH, DIARY, JOURNAL, LOG, KEEPSAKE, WRITER, HAND WRITTEN, DOCUMENTS, SIGNED, LETTERS, MANUSCRIPTS, HISTORICAL, HOLOGRAPH, WRITERS, DIARIES, JOURNALS, LOGS, AUTOGRAPHS, PERSONAL, MEMOIR, MEMORIAL, PERSONAL HISTORY, antiquité, contrat, vélin, document, manuscrit, papier Antike, Brief, Pergament, Dokument, Manuskript, Papier oggetto d'antiquariato, atto, velina, documento, manoscritto, carta antigüedad, hecho, vitela, documento, manuscrito, Papel,