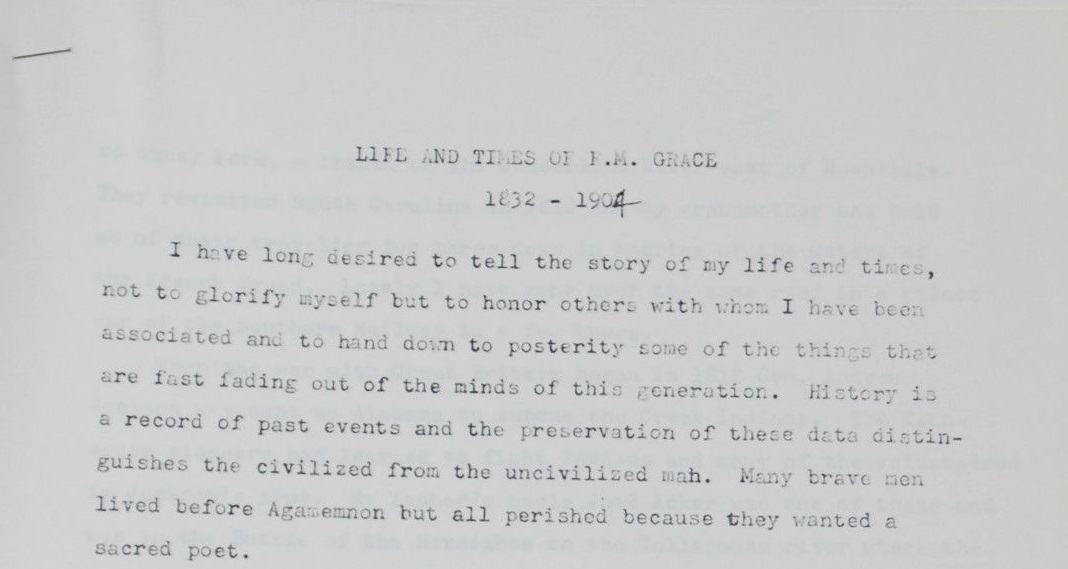 Title: 1832 - 1904 TYPED MANUSCRIPT COPY WITH HANDWRITTEN CORRECTIONS BEING A RETROSPECTIVE MEMOIR BY A NOTED ALABAMA PREACHER OF LIFE IN THE DEEP SOUTH