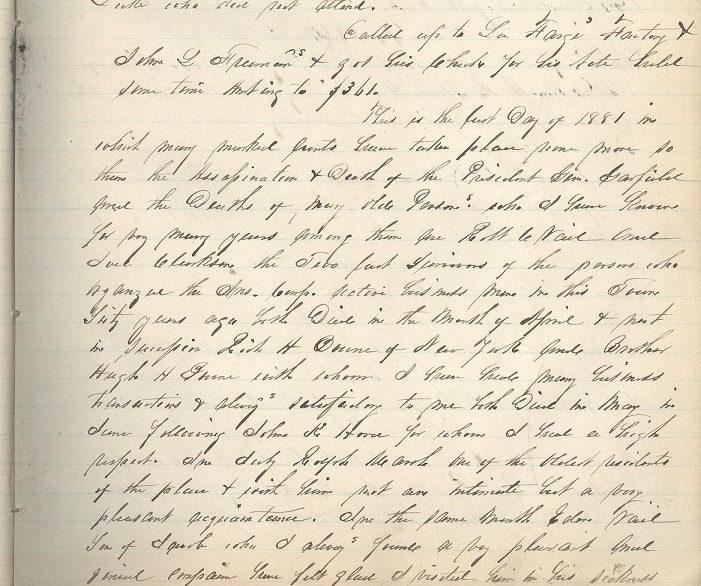 Title: 1881 - 1885 ORIGINAL MANUSCRIPT DIARY HANDWRITTEN BY THE SCION OF A LONG ESTABLISHED [1709] NEW JERSEY FAMILY WITH ROOTS TO THE MAYFLOWER