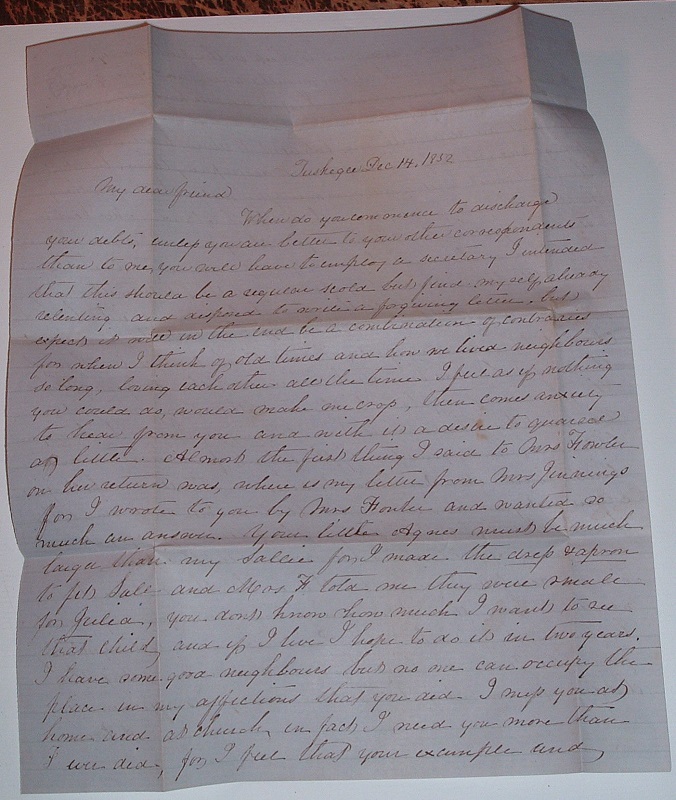 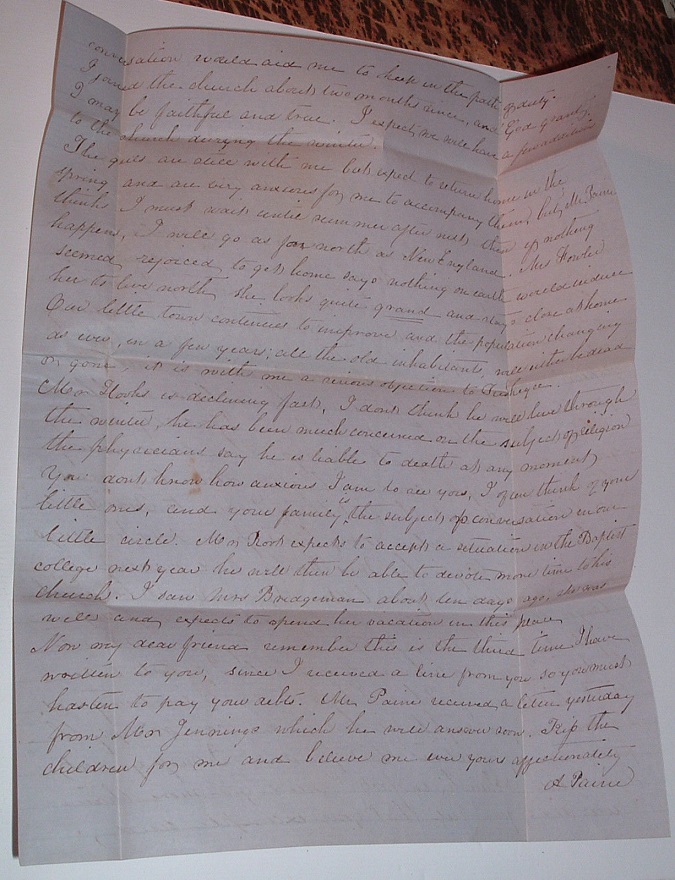 By: SIDNEY B. PAINE

On offer is a fascinating group of four [4] mid-19th Century antebellum manuscript letters handwritten by Sidney B. Paine of Tuskegee Alabama. Mr. Paine writes and reports to his Connecticut based client and friend E.B. Jennings of New London whom he represents and acts as agent and attorney. Over the course of the four, for the most part chatty, letters dated Jan 26 1851, Nov 6 1851, Dec 14 1852 and Aug 10 1853 one sees the warm relationship wherein matters of business relations devolve by the third letter to a demand for monies. The last letter while a to the point business undertaking makes comments regarding a recent election win and the village [Tuskegee] he lives in is improving. Other matters discussed revolve around land received in a will, trade in 'negroes' and much more business and social history. Three covers are present the fourth lost. HISTORICAL NOTE: We believe Mr. Paine would become a Captain in the 61st Alabama Regiment in Confederate Army. Overall VG.

Title: 1850s ORIGINAL GROUP OF FOUR [4] MANUSCRIPT LETTERS HANDWRITTEN BY A TUSKEGEE LAWYER WHO WILL ONE DAY CAPTAIN THE 61ST ALABAMA REGIMENT