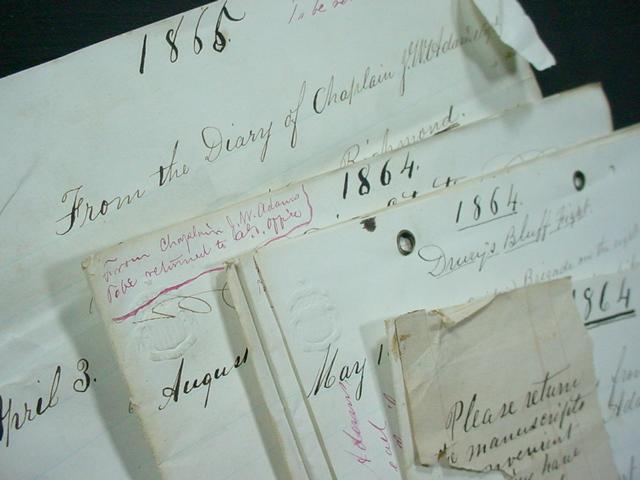 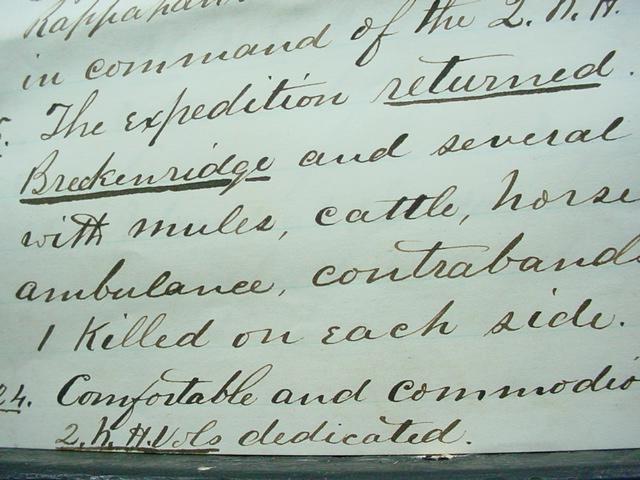 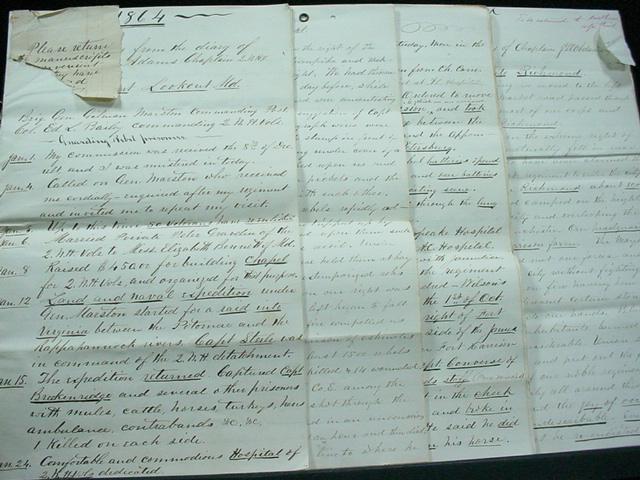 On offer is a superb, original, historically significant manuscript diary and relic of the Civil War handwritten by noted Chaplain John Wesley Adams, born in Townsend, Massachusetts in 1832, the seventh generation ancestor of the Presidents Adams. On December 5, 1863 Mr. Adams was commissioned chaplain of General Gilman Marston's original command, "The Fighting Second". Devoting himself to social and moral welfare of his comrades, Adams was renowned for the care of his men. Side by side he participated in the battles at Bermuda Hundred, Point of Rocks, the second engagement at Fair Oaks, Swift Creek, Proctor's Creek, Drury's Bluff, Cold Harbor, Siege of Petersburg, and entering Richmond under General Devens the day of his surrender. Mr. Adams preached before his regiment on the death of Abraham Lincoln, Adams was discharged in 1865 in a testimonial on parchment. Joining the NH Conference, Adams was successful with over a dozen notable pastorates. In 1876 he was chosen a delegate to the General Conference in Baltimore, serving four years as secretary of his conference. The 42 page coverless diary is comprised of folio sized sheets are in 3 text blocks held by string and are titled as detailed 'excerpts' from the diaries of the renowned pastor. Retrospectively done but very, very soon after the dates of the original writings Chaplain Adams provides a factual retelling of his vast service and in fact the writings include for example in one case a riveting word for word passages with a soldier condemned to die for desertion only to exalt in a reprieve to then be shot the next day. Overall G+.