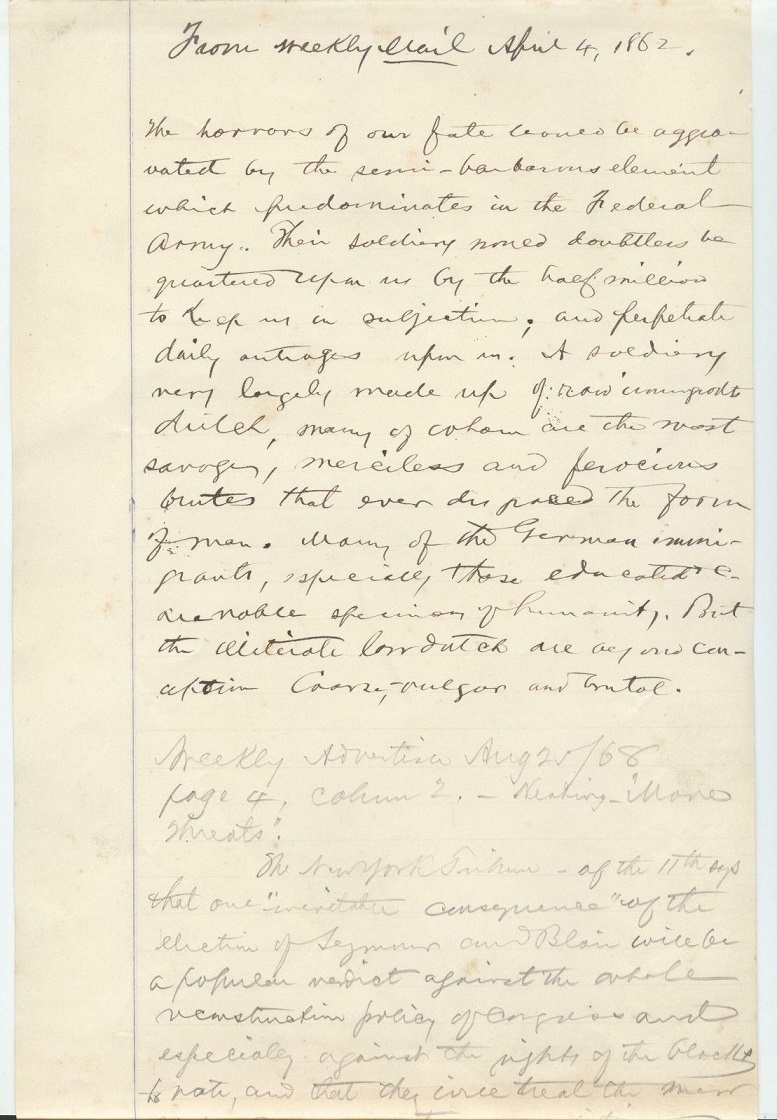 Title: 1869 ORIGINAL MANUSCRIPT NOTES AND OPINION ON THE EVILS OF RECONSTRUCTION FROM MONTGOMERY ALABAMA AND LIKELY HANDWRITTEN BY THE FUTURE GOVERNOR OF ALABAMA