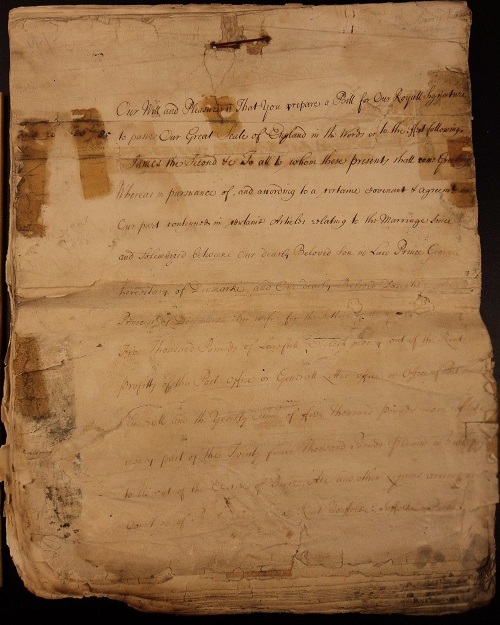 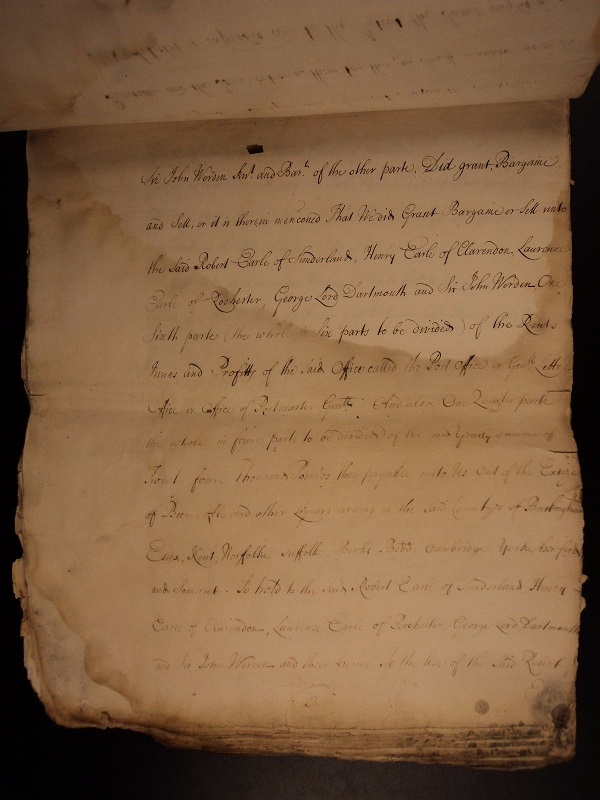 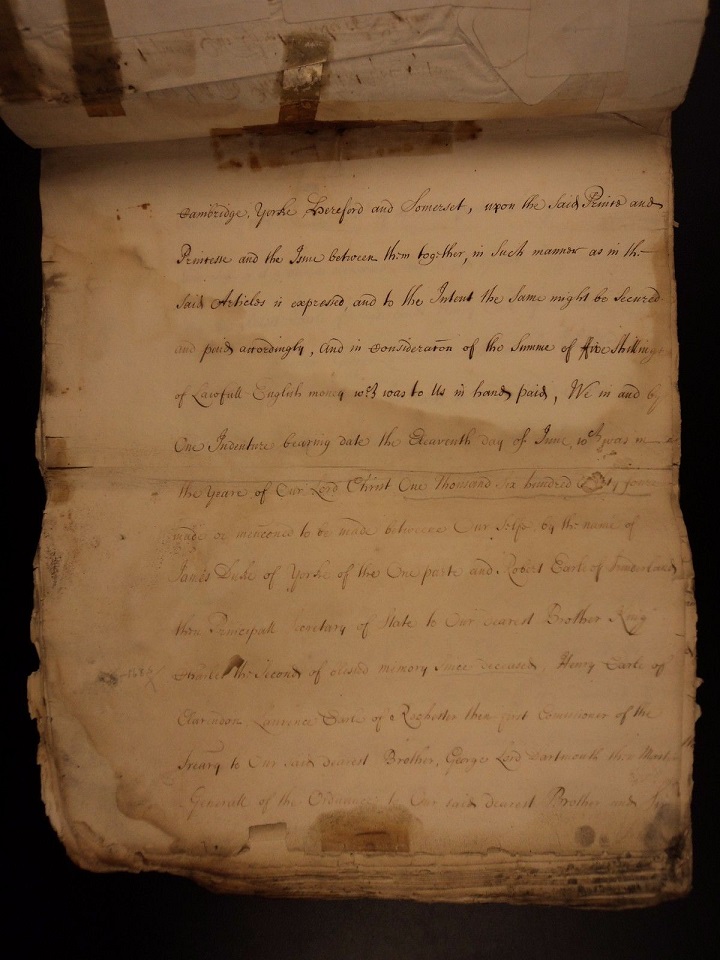 On offer is an original, fascinating though flawed historically significant ancient 1685 manuscript. Dated and signed February 10th 1685 handwritten a mere four days after the death of Charles II, referencing the new king James II two months prior to his coronation at Westminster Abbey by and for the British Royal Postal Service being a Royal warrant and division of financial profits of the British post office to Prince George among other notables. The 44 page document begins: "Our Will And Pleasure Is That You Prepare A Bill For Our Royall Signature To Pass Our Great Seale Of England in the words or to the effect following, James the Second and to all to whom these presents shall come Greetings. Whereas in pursuance of and according to a …. Covenant and agreement I will part …in accordance articles relating to the marriage and solemnized between our dearly beloved son in law Prince George hereditary of Denmark and our dearly beloved daughter Anne Princess of Denmark his wife for the selling of the yearly…of 5,000 pounds of lawful English money out of the …and profit of the post office or general letter office of office of the post general and the yearly sum of 5,000 pounds more of like money part of the 24,000 pounds…to pay….." Historians and researchers will agree this document superbly outlines the wheels of governance and greed, patronage and politics will out as the new king doles out to his own and immediately showers those he favors with wealth. While the document has suffered in its 400+ years having signs of old water damage, chipping around the edges and someone's attempt at a repair with tape many, many years ago the significance of the manuscript is divine given the year was monumentally important in British history: the death of Charles II; his brother, Roman Catholic James Stuart, Duke of York, becomes King James II and his Coronation at Westminster Abbey; the Monmouth Rebellion; The Battle of Sedgemoor; the death of Monmouth and Elizabeth Gaunt who was burned at the stake at Tyburn for alleged complicity in the Rye House Plot and notably she is the last woman executed for political treason in England and much more. The last page with signatures is one of the more damaged and the top half in better shape but sadly the signatures are not legible as there is a one inch diameter fault likely from a seal. Overall Fair.

Title: 1685 ORIGINAL ANCIENT ENGLISH ROYAL WARRANT HANDWRITTEN A MERE FOUR DAYS AFTER THE DEATH OF CHARLES II AND IN THE NAME OF THE NEW KING JAMES II GIFTS AND LARGESSE ARE SHOWERED ON HIS FAMILY AND RETAINERS