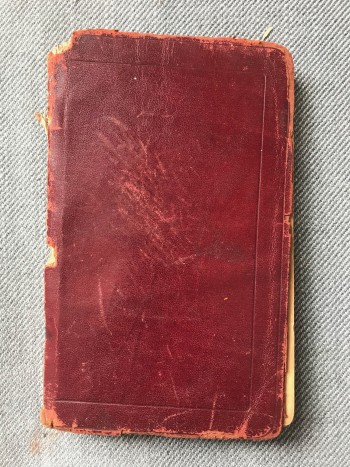 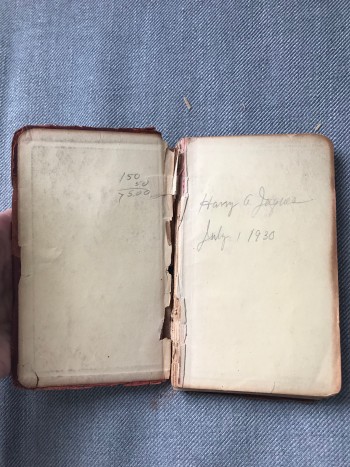 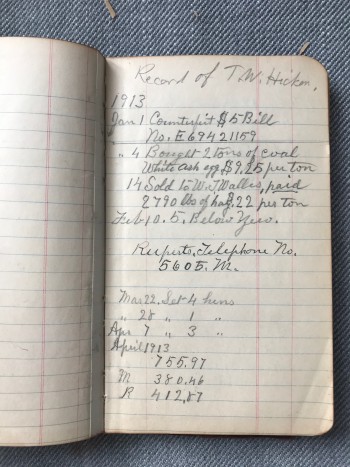 By: Harry A. Jaques

On offer is the journal of Harry Archer Jaques, a fascinating notebook that grants a window into life in New England during the Great Depression. It is closely connected to a large and distinguished regional historical museum, the Lynn Museum in Massachusetts. This diary is a treasure trove of information for genealogists. It not only chronicles Jaques’s life, but is brimming with names of local people and their varied connections. It is evident that the Lynn Historical Society was an important part of Jaques’s life and, either consciously or unconsciously, he included many details and references that would be valuable to historians and researchers years later. Harry Archer Jaques was born in New Hampshire in 1861. Casual research suggests that he lived much of his life in Essex County, MA, where he died in 1946. He was married to June in 1884, and had one son, Rupert, who was a member of the Lynn Historical Society. Jaques mentions the Lynn Historical Society numerous times throughout the notebook. The journal spans the period from November 1931 to May 1940 and offers an outstanding look at life in Jaques’s New England community. For example, a June 1936 entry describes a fire in West Lynn: “A boat manufactory was burned and 2 houses. Mrs. Tongburg’s house came near burning but the firemen put a water screen up front of the house and saved it. The panes of glass were cracked and the paint blistered and the family were badly frightened.” This notebook measures 6.0 inches by 3.5 inches. It contains 184 pages and is over ninety-five percent complete. It is in fair condition: the front and back covers have separated and are worn; the binding is broken; the pages are loose but all accounted for. The handwriting is quite legible.