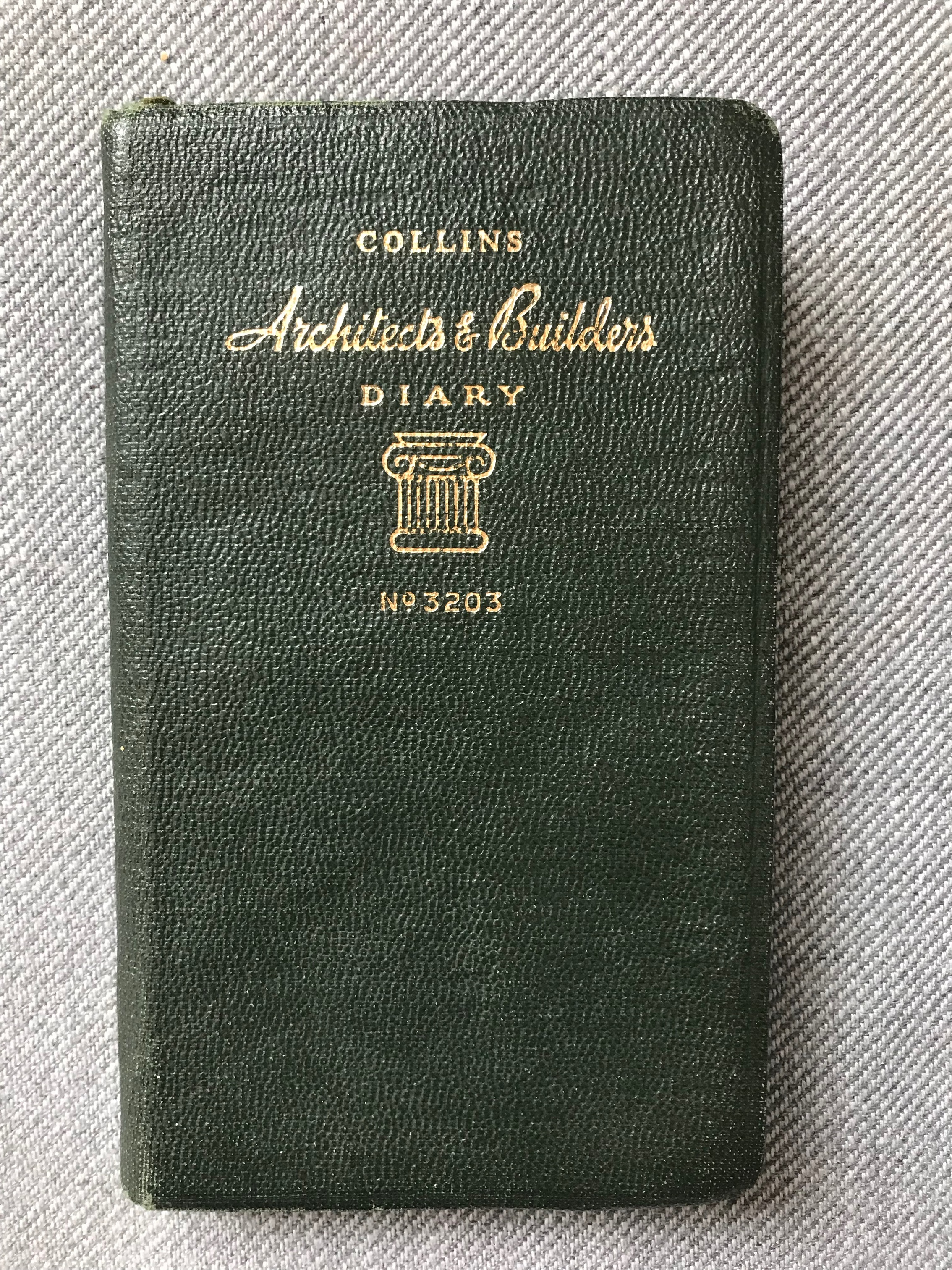 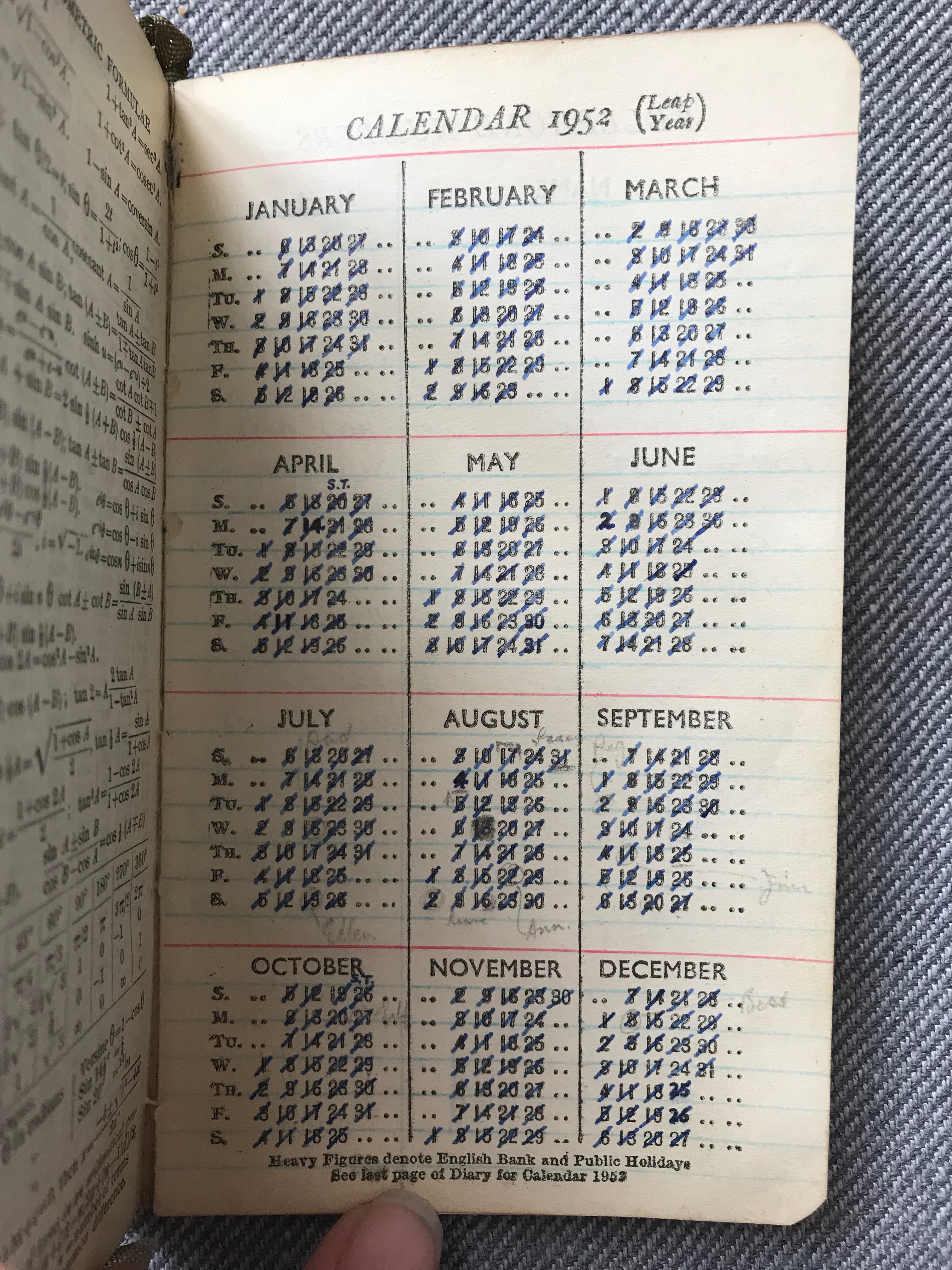 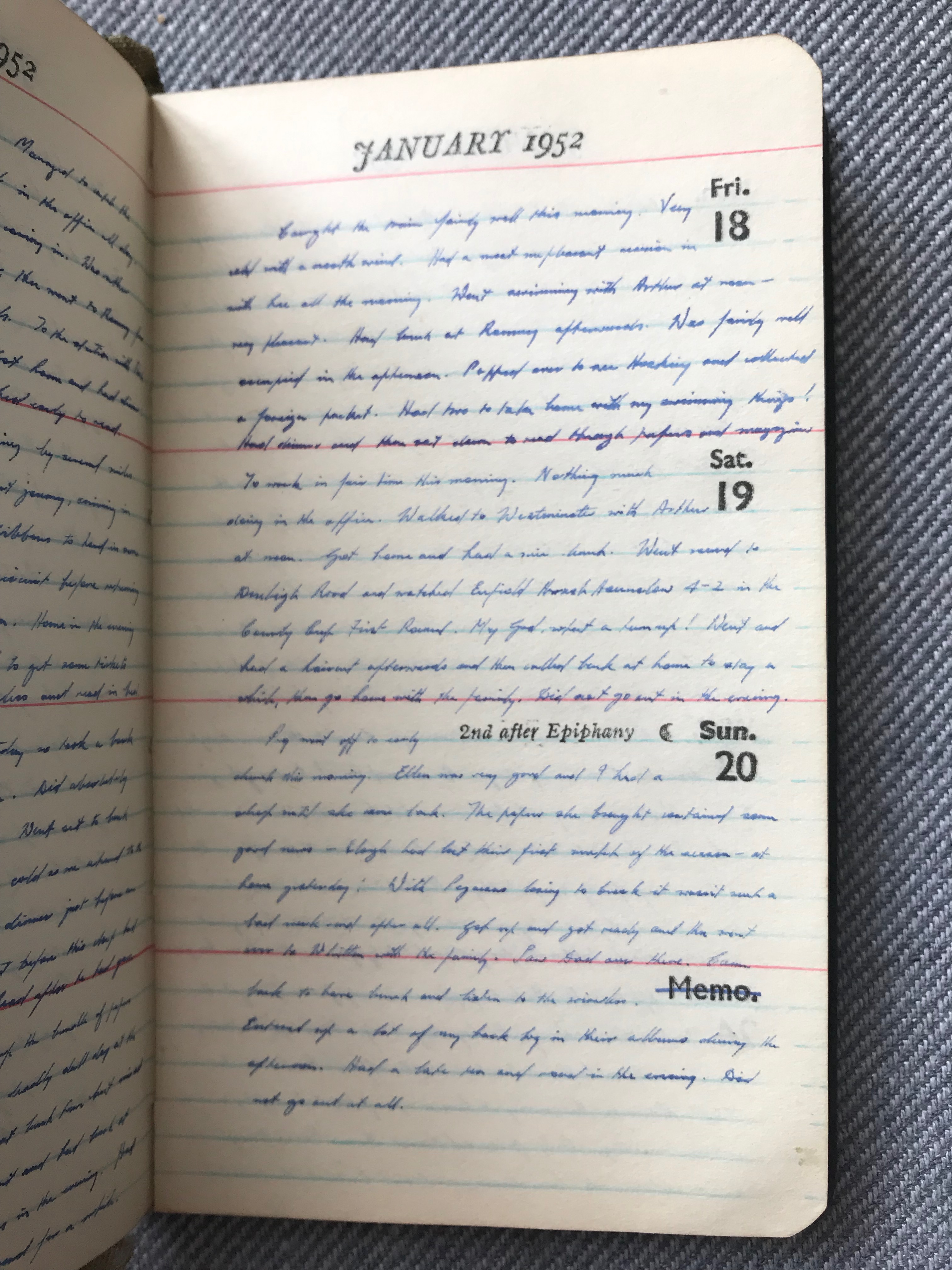 On offer is a 1952 diary that belonged to A.P. Chapman, an architect in England. This very unique journal was designed specifically for architects and builders in the UK. It contains an extensive reference section with notes regarding various materials such as concrete and brick, the tensile strength of steel, calculations, and much more. There is also a detailed cash record kept for the year. Casual research has not found any biographical information about Chapman, but references to some of his work projects suggest that he lived and worked in London. His wife’s name was Peg (Margaret) and they had a daughter named Ellen. He notes some of the major events that took place during the year: “To work in reasonable time. Was meeting over with Arthur all morning. Johnny Powell came in to tell us a rumour that the King had died and was shortly afterwards it was confirmed. This didn’t stop Arthur and I from going swimming. The water was a bit cold ... Popped over to Arthur’s in the afternoon. Home in the evening to have dinner and pick up Dad on the way round to the Grand. ...” [Feb 6] “Little brighter today, being Proclamation Day — Lizzie becoming Queen Elizabeth Mark II. To work with a bit of a rush. Dutifully [ ]. Busy all day. Out at lunch time. Had a visit from Charlie and Mr. Cornell who drafted a colonial project …” [Feb 8] “A better day but misty first thing. Travelled up with Ray Howard — was late again. Went to St. James Palace on a job. Afterwards saw the history of the National Federation and returned via [ ]. Had lunch in [ ] with Teddy. Home in the evening …” [Oct 15] Although challenging to read due to the diminutive size of the font, Chapman’s entries are neat and extensive. They provide an excellent look at life in postwar London and the day-to-day activities of a well-educated professional. A social historian would certainly appreciate the perspective the writer offers on the events surrounding his life. Measuring 5.5 inches by 3.25 inches, the diary contains 282 pages and is 100% complete. The green leatherette cover, pages, and binding are all in good condition. The handwriting is very neat but the letter size is about 1 point font.