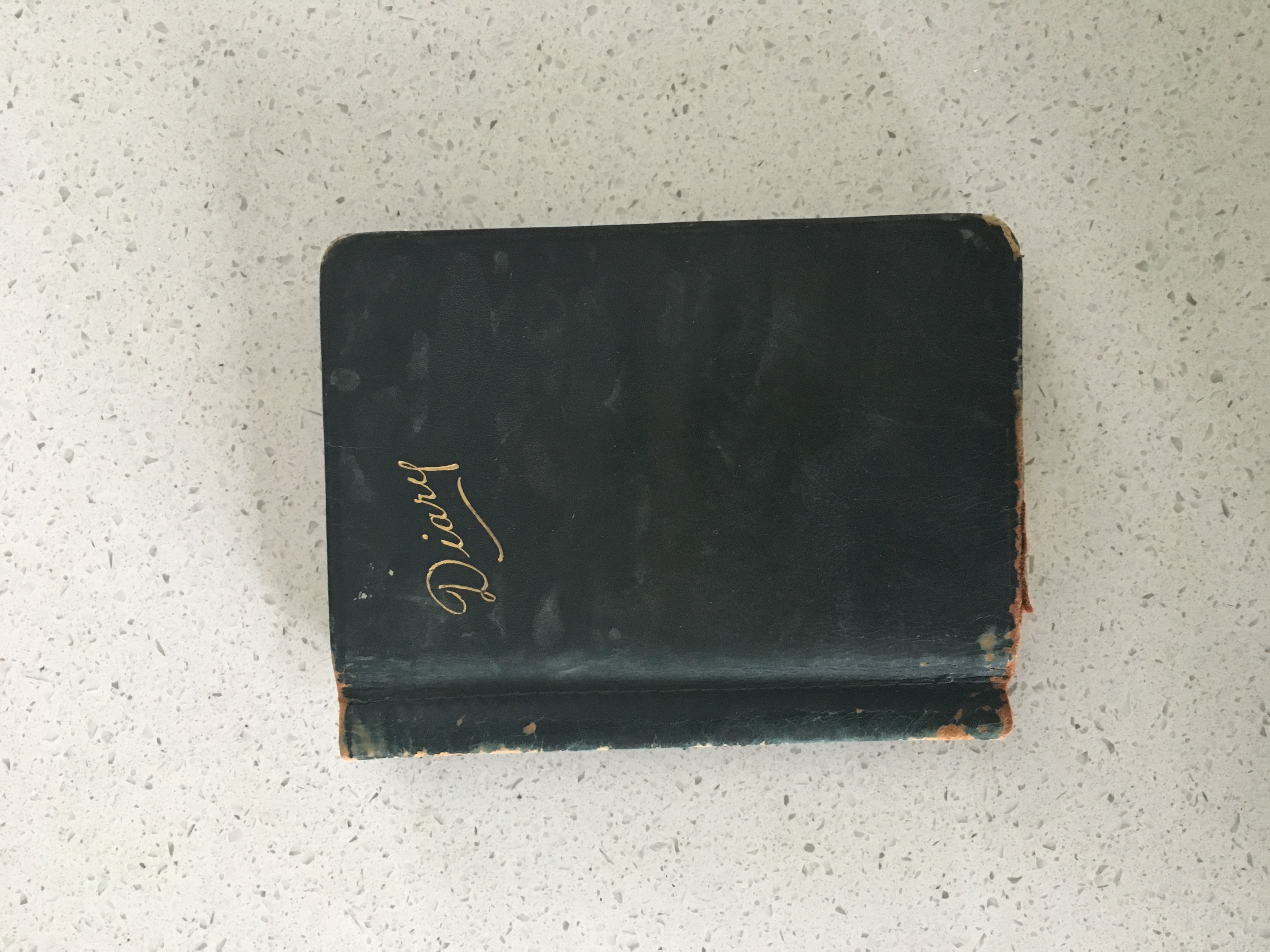 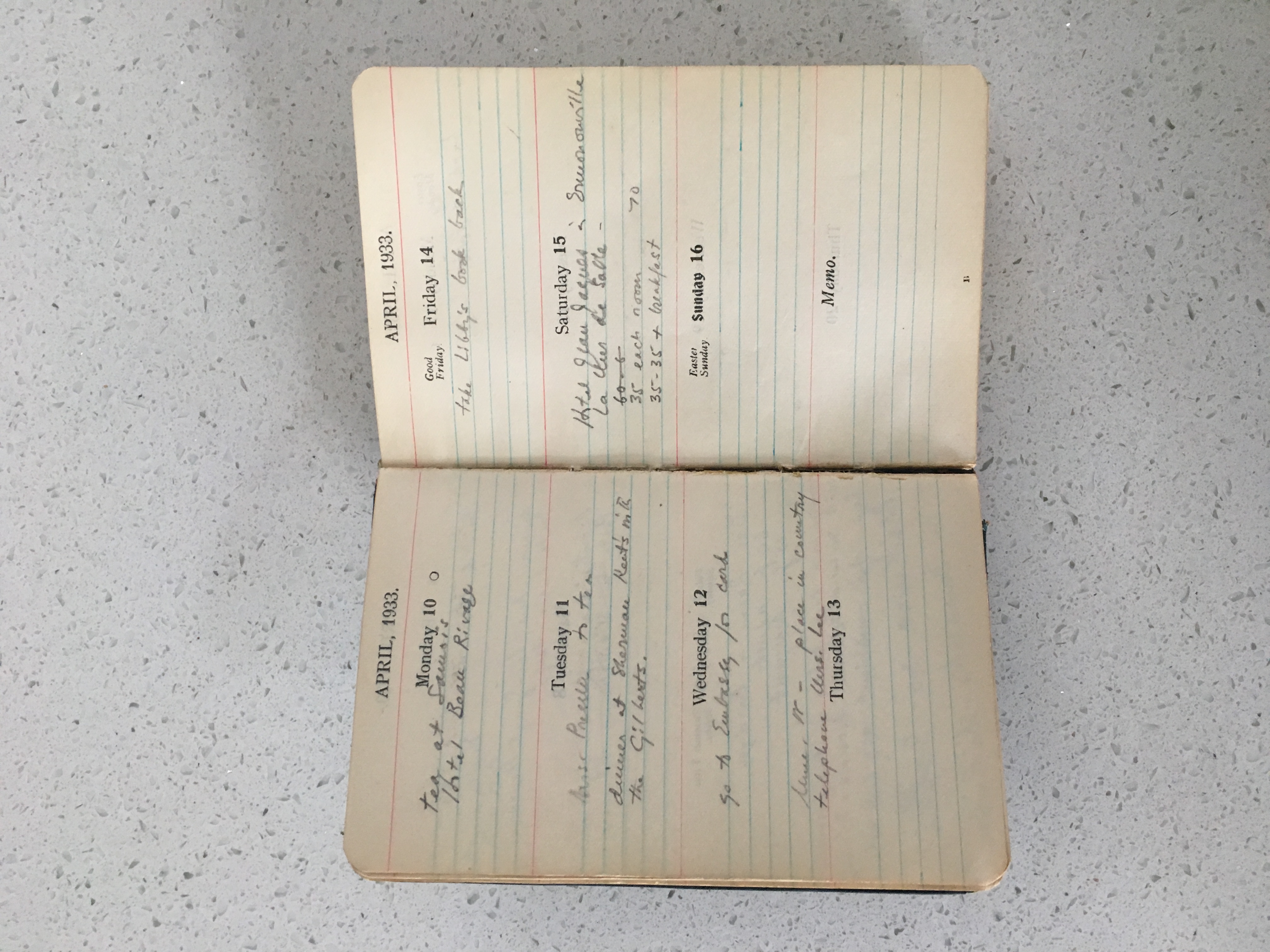 On offer is a rather cryptic little diary, written by a woman in the United Kingdom during the Depression. The author of the diary is not identified. Context suggests that the writer is a woman. There is a name on the inside rear of the cover - Maud Levy. However, this is not conclusive evidence that this is the author. There are repeated references to the AWC, which is the American Women's Club, a social club for women in central London. There are suggestions within the diary that she is an artist and possibly a dealer in the arts as well. This is directly in keeping with the AWC which became a gathering point for European and American artisits. Established in 1898, the AWC continues today as an active and engaged social club in London. The entries in the diary are brief but clearly indicates that the author travels between London and the Continent, with references to hotels in France and Switzerland: "Pictures shd arrive at AWC...announcement to go into paper" [Jan 28], "Critics go to AWC except 4-6, 5-6...89.52 food" [Jan 31], "Hotel Jean Jacques in La Neuveville..." [Apr 16]. The author makes several references to a Margaret, including describing taking care of her. In the back of the dairy there is the name Margaret written in a child's hand. Although sparse on details, this diary does provide a glimpse into the life and activities of a rather independent woman in the 1930d who is affiliated with a well-known women's club. The Memoranda setion contains mainy listings of prices as well as names and addresses. The diary measures 5 inches by 3 inches. It contains 100 pages plys extensive memoranda pages. It is approximately 20% complete. The cover is in good condition as is the binding. The handwriting is legible. ; 24mo 5" - 6" tall

Title: 1933 Diary of a Depression-Era Member of the American Women's Club (AWC) and Art Dealer Living in London, England