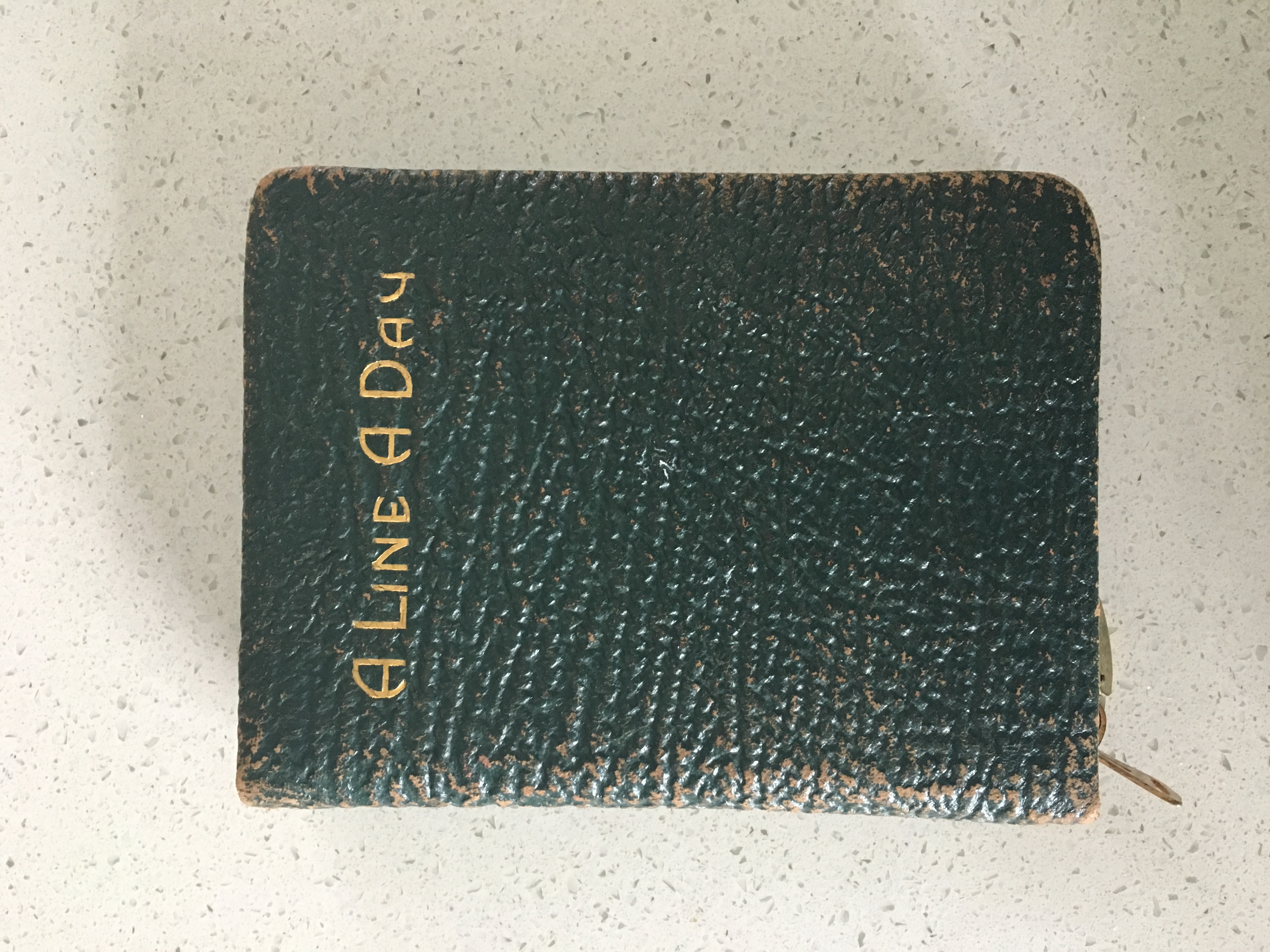 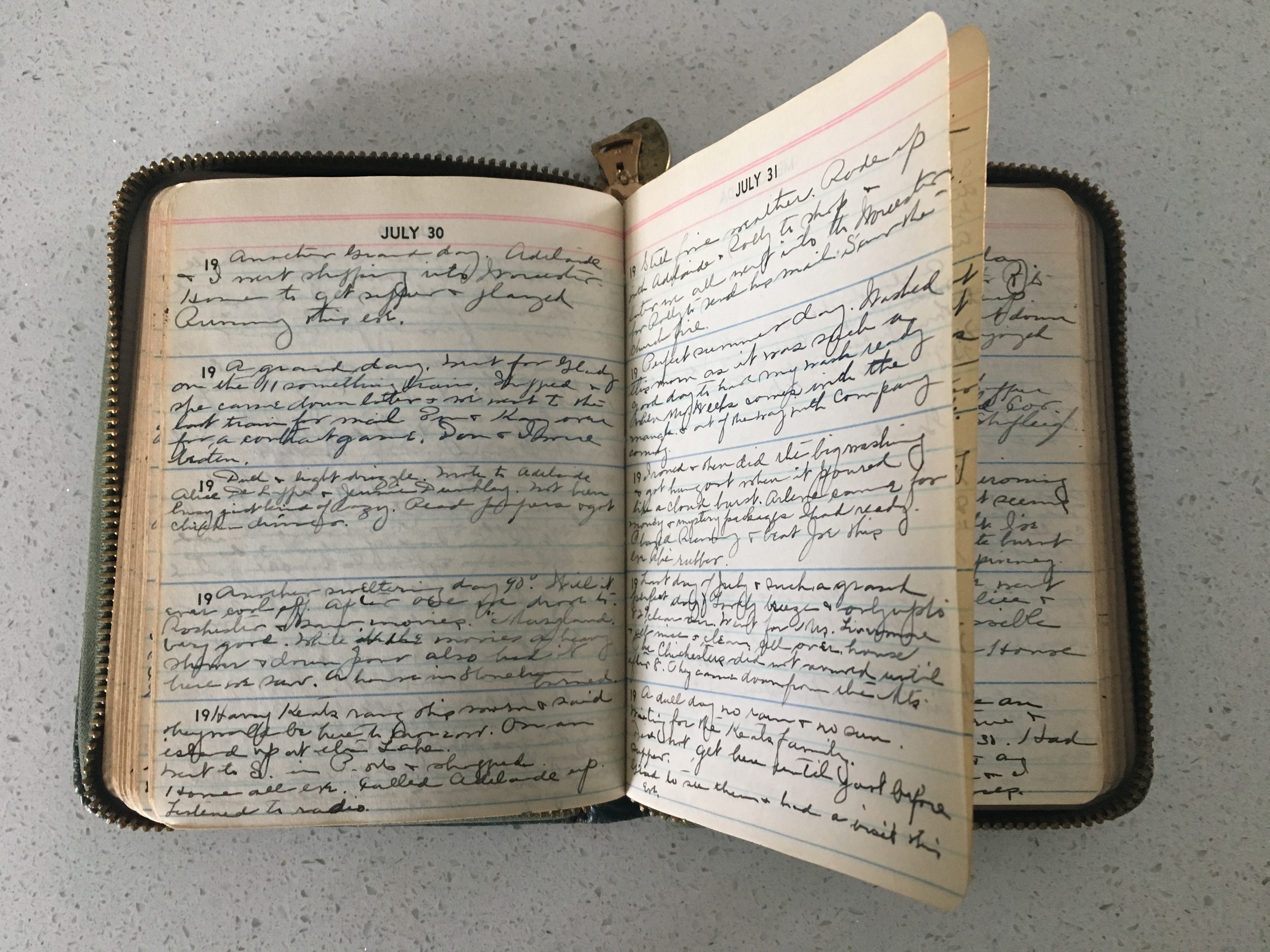 1937-1941 Diary of an Unremarkable American Housewife Living and Travelling in Pre-War America, Maintaining an Awareness of Remarkable Global Events

Manuscripts; 8vo 8" - 9" tall; 365 pages; On offer is a fine 5-year diary written by a woman in the years leading up to America's entry into WWII. The author is Addie E. Podransik. She was born in 1876 in Illinois and married Wallace Wilson Robinson on October 28, 1903 in Chicago. They had one child together. She later married Joseph Nikolaus Podransik. They had no additional children. Addie passed away in 1951 at the age of 75, and was buried in Brookfield, New Hampshire. Informal research has discovered no additional biographical information about Mrs. Podransik. Her diary is written between 1937 and 1941 and she recounts the day-to-day events in her life, mentioning many people and a number of places they visited, travelling across the United States of America. This diary is an excellent portrayal of the life on an ordinary American housewife in the pre-war years. In her diary, Addie makes reference to major global events in the context of her unexceptional daily life. For example, she writes, "Cloudy all today. Isobel and John left after 11. Joe gone to []. Painter doing both rooms, all [] with a coat to match cupboards and rest of new woodwork. Annie & Paul down this evening We listened to the King's speech" [Oct 25, 1940]. As war time approached, she maintained an awareness, writing, "I went to Hughes for dinner. Home at 6: 30. Had such a nice time but news on the radio Japan fired on U. S. Ships. War declared" [Dec 7, 1941] and "War declared today and Joe's and my anniversary. Listened to the President's speech to Cong. & they later passed the declaration of war" [Dec 8, 1941]. For a historian, the very unexceptional aspects of her day-to-day life offers a wonderful window into the lives of millions of middle class American women in the years before WWII. This diary would make an excellent addition to the resources for a Women's Studies or Social History program. In a few short years, American society would be plunged into decades of social change. Condition: The diary is in excellent condition. It contains 365 pages and is 100% complete. The cover is a hard leather cover with a zipper closure. The cover shows signs of wear at the corners but is in otherwise very good condition. The binding and spine are both in good condition, as are the pages. The handwriting is legible, if cramped.

Title: 1937-1941 Diary of an Unremarkable American Housewife Living and Travelling in Pre-War America, Maintaining an Awareness of Remarkable Global Events

1937-1941 Diary of an Unremarkable American Housewife Living and Travelling in Pre-War America, Maintaining an Awareness of Remarkable Global Events