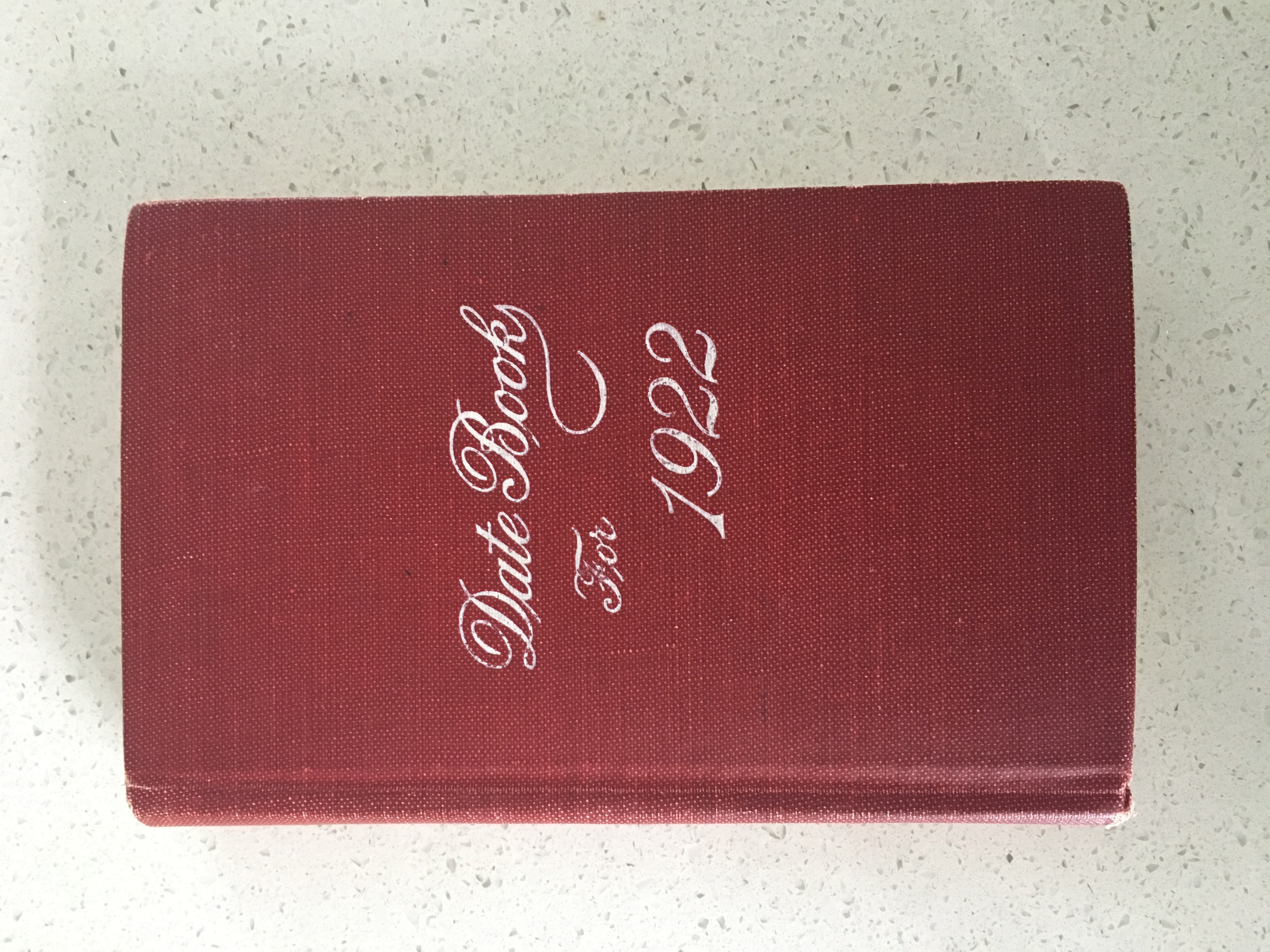 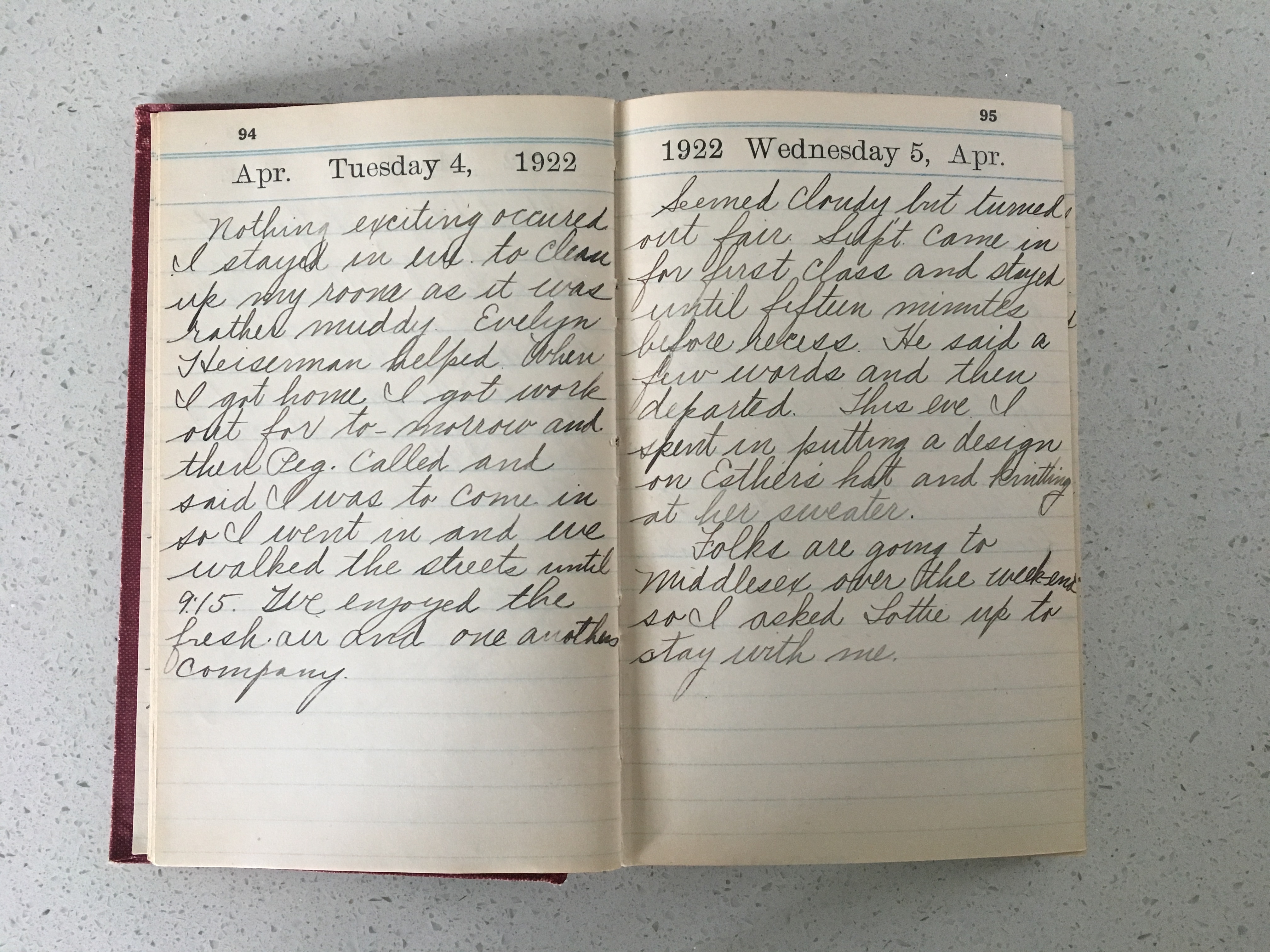 Diary of an Early 20th Century Female Teacher Experiencing Loss Due to Typhoid Fever, Working, and Travelling in Rural America

On offer is a fine diary written by a young woman in Lancaster County, PA in the early 20th century. The author of the diary of Anna Sophia Musser. She was born in Lancaster County, PA, likely in the village of Robertstown. At some point she married a man named Ashton and moved to Middlesex County, MA, where she passed away in 1953. Informal research has not turned up any additional biographical information about Musser. The diary opens on a sad note: "The family was around all day and a very sad New Years for us as our sister was lying dead and we couldn't realize it was New Years. Friends and neighbours called and kept us company" [Jan 1]. This references the deat of Anna's 13-year-old sister, Mabel, who died of typhoid fever. Typhoid is spread by eating or drinking contaminated food or water, most often associated with poor sanitation and/or hygiene. This was a major cuase of deaths and often appeared in epidemic waves. Anna worked as a teacher in the elementary school in Paoli, PA. Many of her entries record day-to-day life in her village, giving a very good picture of Pennsylvania at that time. For example: "A damp day with temp 6 [degrees] Had a fair attendance in school but they were bricks. Came home in eve and stopped at post office but no mail. Walked down the street with L Blanche and then we took a walk previous to a big roast duck dinner at home. Walked up street with Ruth, made out my report then retired" [Jan 31]. "Supt came in for first class and stayed until fifteen minutes before recess. He said a few words then departed. This eve I spent putting design on Esther's hat and knitting at her sweater. Folks are going to Middlesex over the weekend so I asked Lottie to stay with me" [Apr 5]. "A beatiful Memorial Day...In P. M. Helen [] and I went out to the dedication of the beautiful Lincoln Memorial in Potomac Park. Heard Pres Harding and ex-Pres Taft speak. Walked around the algoon and then the monument and went back home. God lunch and then went down for the 6: 20 train. I went by [] to York." [May 30]. For a social historian or student of women's studies, this diary presents a well-written and clear picture of what life was like for a young woman in early 20th Century America. Diary measures 7 inches x 4.25 inches and contains 365 pages. It is about 80% complete. The hard covers are in good condition. The binding has become quite loose where the front cover attaches, but all pages are attached and intact. The handwriting is legible. ; Manuscripts; 12mo 7" - 7½" tall; 365 pages

Diary of an Early 20th Century Female Teacher Experiencing Loss Due to Typhoid Fever, Working, and Travelling in Rural America