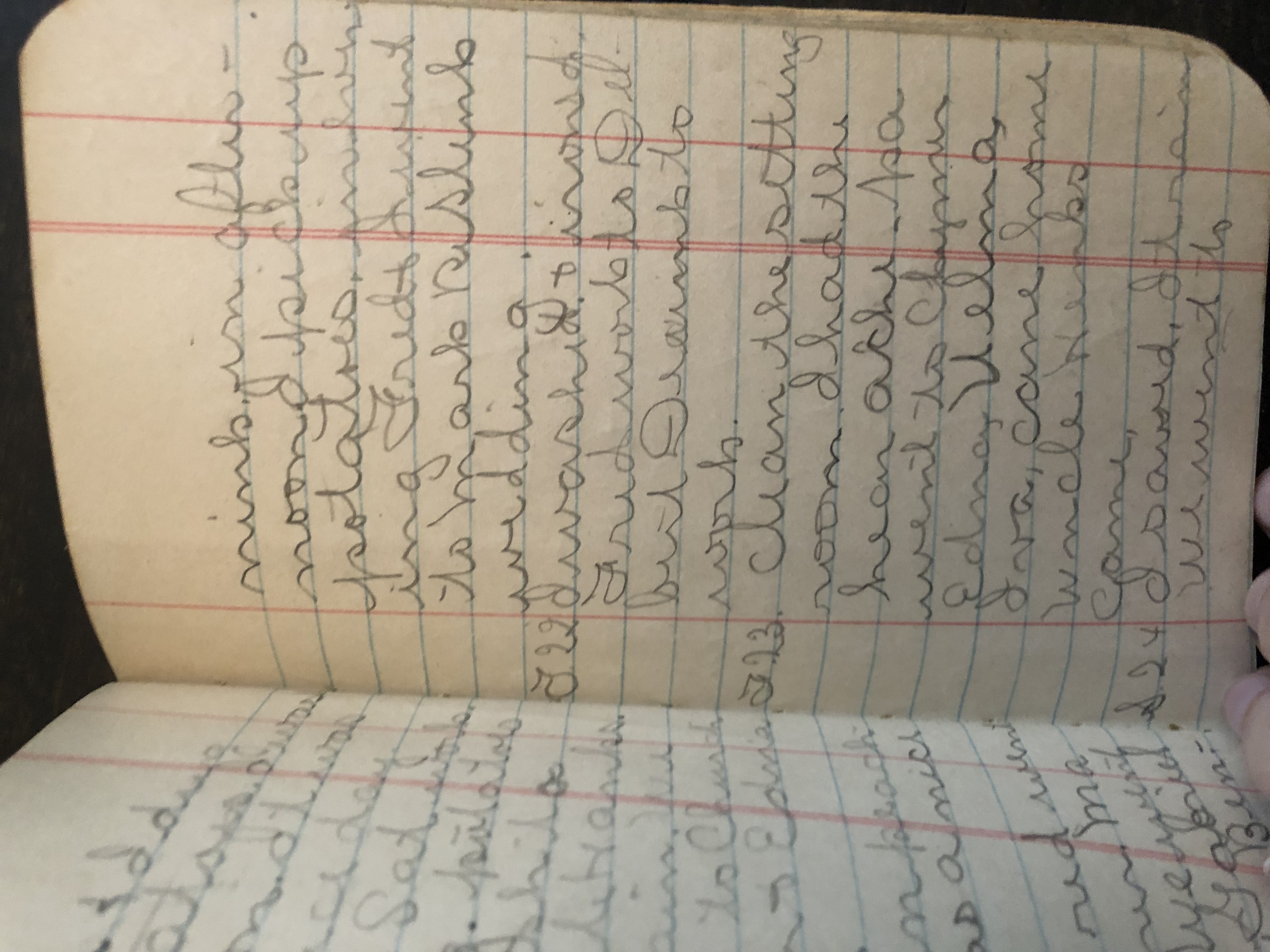 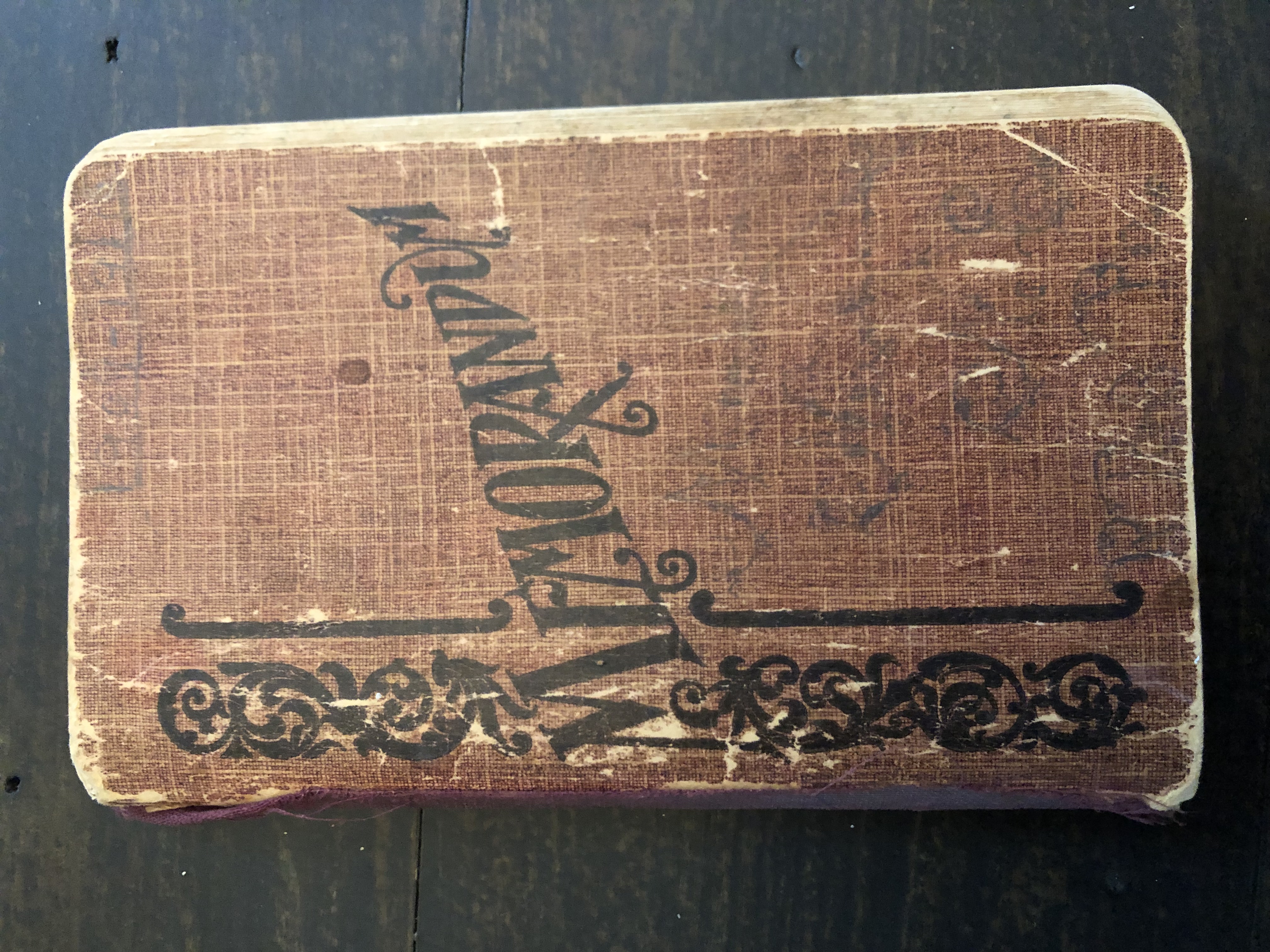 1909-1910 Diary of a Young Clymer, New York Girl, Describing the Minutiae of Everyday Life in the Early 20th Century, Filled with Names and Sites of 1900s Rural NY

On offer is a delightful journal kept by a teenage girl in upstate New York in the early years of the 20th century. The author of this diary is Mable Newhouse. She notes on the inside front cover that her age is 18-19 years. Our informal research has not found any other biographical information on her. Newhouse lived in the village of Clymer, NY, located in the northern part of the state. This is very much a rural area. The diary covers the time period of Oct 1909 through Sept 1910. She is living at home and a great deal of her notes detail her daily life and chores: "Frank churn. I help can corn. It was a nice day" [Sept 21, 1909]; "Iron. Pa took me to Clymer. I went to Uncle Frank N. Amy and I went to Aunt Minnie a few minutes Edna came. We had popcorn fritters. Amy and I took Edna uptown" [Feb 22, 1910]; "Mop the back kitchen. Churn. Frank went to town. It rained" [June 10, 1910]; "I went to work to Abbott. Fred went to work in the grape country. I went down to Uncle Franks" [Sept 21, 1910]. These entries, simple as they are, give a real sense of the rhythm of daily life in rural upstate New York at that time. She makes numerous references to family and neighbours which make this a rich resource for genealogists researching families in New York state. For a researcher in Women's Studies issues, it paints a very clear picture of life experienced by a young woman in rural America in the earliest days of the 20th century. This softcover journal is a lined notebook that measures approximately 6 inches by 3.5 inches. It contains 164 pages and is about 85% complete. The covers are intact but show some wear marks. The binding is intact although it too shows wear. The pages are in good condition and the handwriting is legible. ; Manuscripts; 8vo 8" - 9" tall; 164 pages; Keywords: handwritten, manuscript, document, letter, autograph, writer, hand written, documents, signed, letters, manuscripts, historical, holograph, writers, autographs, personal, memoir, memorial, antiquité, contrat, vélin, document, manuscrit, papier antike, brief, pergament, dokument, manuskript, papier oggetto d'antiquariato, atto, velina, documento, manoscritto, carta antigüedad, hecho, vitela, documento, manuscrito, papel, Upstate NY, rural living, rural woman, early 20th century female experince, genealogy,

Title: 1909-1910 Diary of a Young Clymer, New York Girl, Describing the Minutiae of Everyday Life in the Early 20th Century, Filled with Names and Sites of 1900s Rural NY

1909-1910 Diary of a Young Clymer, New York Girl, Describing the Minutiae of Everyday Life in the Early 20th Century, Filled with Names and Sites of 1900s Rural NY