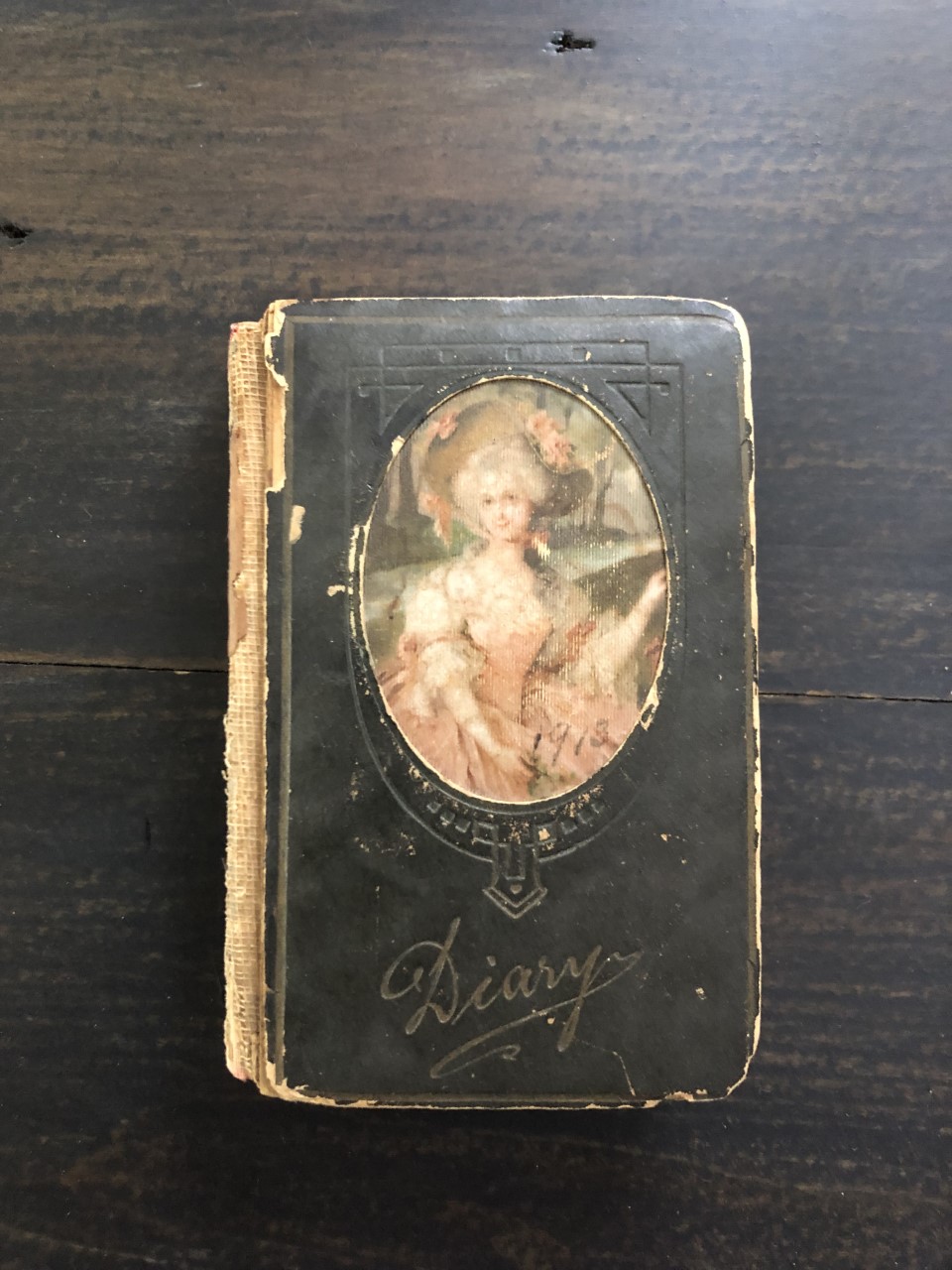 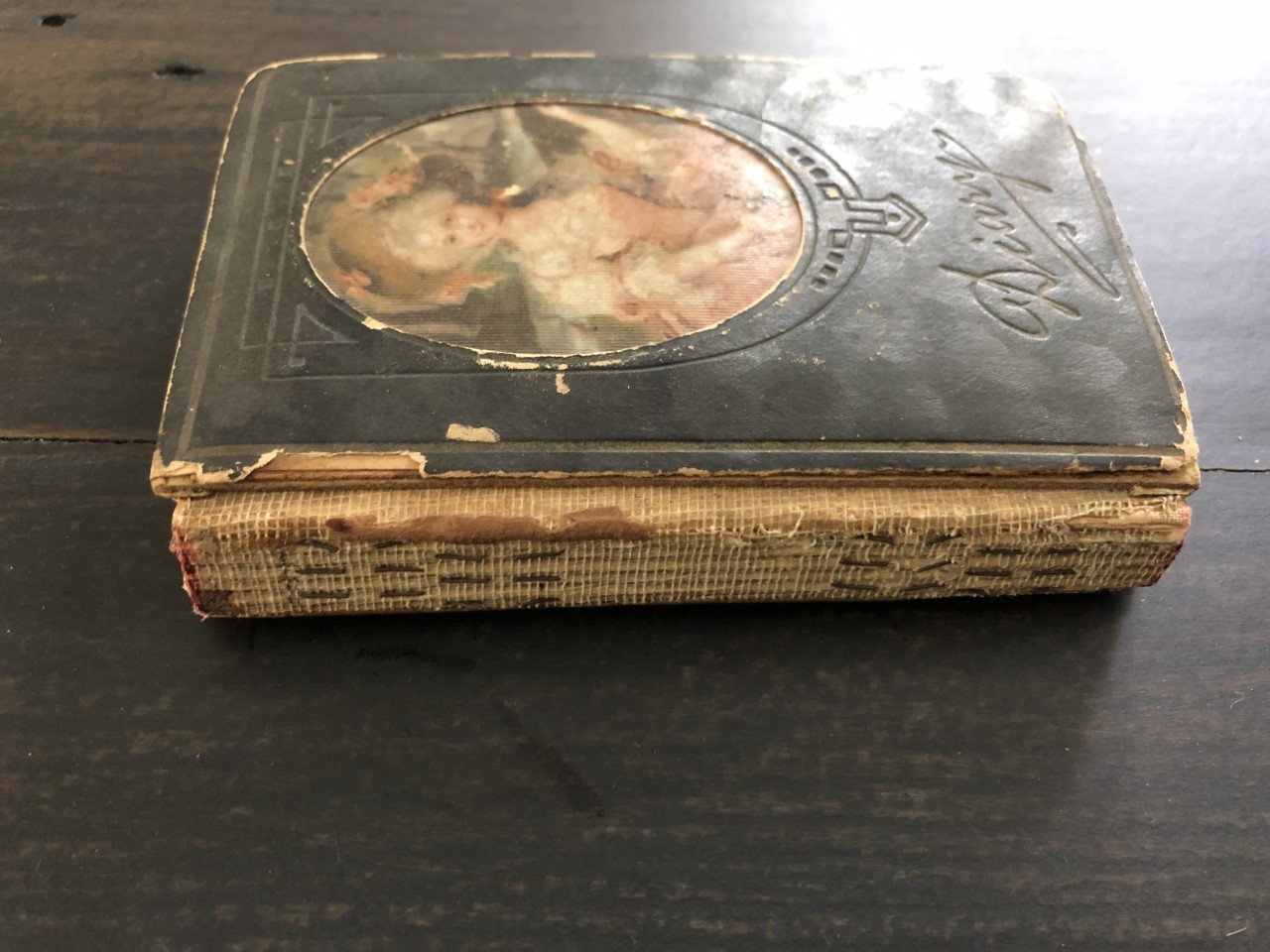 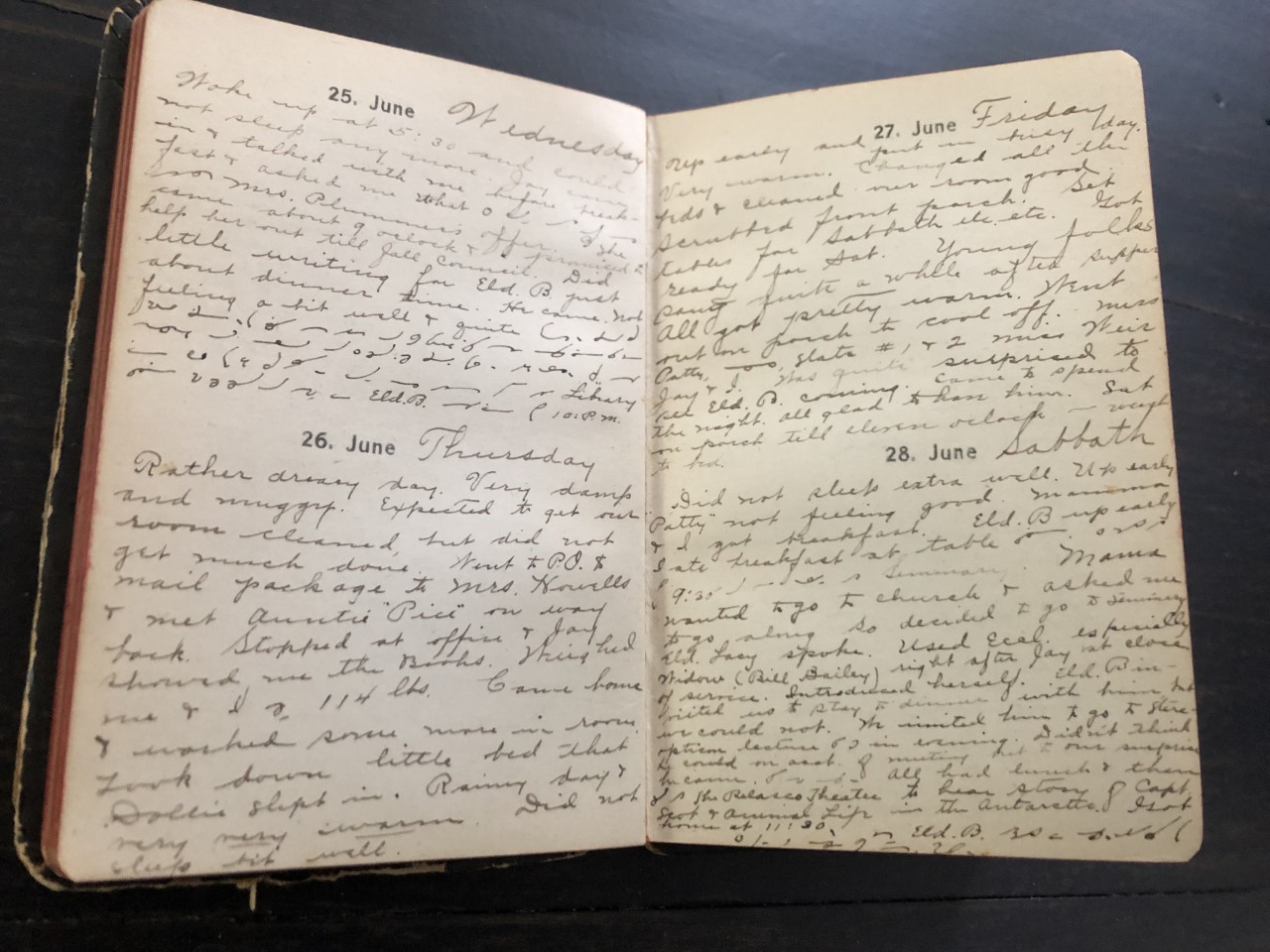 On offer is a diary kept by a leading person in the Seventh Say Adventist Church. The author of the diary is Lorina (sometimes spelled Lorena) Flora Plummer. Plummer was born in 1862 in Indiana and passed away in Washington DC in 1945 at the age of 82. She is best known for her work with the Seventh Day Adventist church as Sabbath School Department secretary (the equivalent of today's Department Director). She and her husband, Frank, were public school teachers in Iowa when she became an Adventist in 1886. Soon afterwards she joined the Iowa Conference's Sabbath School Department, and then the Minnesota Conference Sabbath School Department. She was appointed the first corresponding secretary of the General Conference Sabbath School department, working from Minneapolis, Minnesota, until she and Frank moved to Washington, D. C. , in 1905. In 1913 she became the department secretary, and stayed in that position until she retired in 1936. In addition to writing Sabbath School lessons, Plummer wrote several books on teaching (and Sabbath School teaching in particular) and edited The Sabbath School Worker from 1904 to 1936. When this diary was written, she and her husband, along with their 2 children, were living in Washington DC where she had been appointed Secretary of the Sabbath School Department. Her entries are detailed and extensive: "Very busy day as usual. Another change in school program which occupied all of chapel period. Came home after doing some writing for Eld B. And spent rest of afternoon working on angels. Did not have time to clean up my room much. Took bath but did not go to prayer meeting. Eld B. & wife heard me coughing and came up to call on me. Found me lying down to keep warm. Brot cough drops and we had a pleasant visit together" [Mar 7]; "Nice day. Spent in study and work. Mrs. Kloppenstein came over in afternoon. Left baby with me while she went to town with husband for an outing. Mrs. Werir called and invited me to go with company of girls to Observatory as soon as we could get tickets. Accepted invitation. Copied some more in General History & wrote card to Mrs. B" [Aug 28]; "Grand day. Left home right after dinner and got to Plummers in time to go for afternoon drive in auto. Fine ride. [ ] thru Rock Creek Park and out into country. Home about 4: 30. Practised both of children. Then made some fudge and Mrs. P made custard. She put children to bed & I finished letter to Mrs. Wham and wrote note to Dr. & Mrs Butchen and sent Mrs. Whams letter to them…"[Nov 2]. This is an outstanding piece of history. Flora Plummer played a very significant role in the development and growth of the Sabbath School Department of the large, international Christian denomination. This 1913 diary measures 4.5 inches by 3.0 inches. It contains 183 pages and is about 95% complete. The cover is in only fair condition. The heavy cardboard has separated in some places and the spine is exposed. The binding is in good condition as are the pages. The handwriting is legible.; Manuscripts; 48mo 3½" - 4" tall; 183 pages; Keywords: handwritten, manuscript, document, letter, autograph, writer, hand written, documents, signed, letters, manuscripts, historical, holograph, writers, autographs, personal, memoir, memorial, antiquité, contrat, vélin, document, manuscrit, papier antike, brief, pergament, dokument, manuskript, papier oggetto d'antiquariato, atto, velina, documento, manoscritto, carta antigüedad, hecho, vitela, documento, manuscrito, papel, Seventh Day Adventist, Church, Sabbath School, Indiana, Washington, Minnesota, Elder, Christianity, Protestant, American churches, Americana, US history, American history, Christian history; Signed by Author