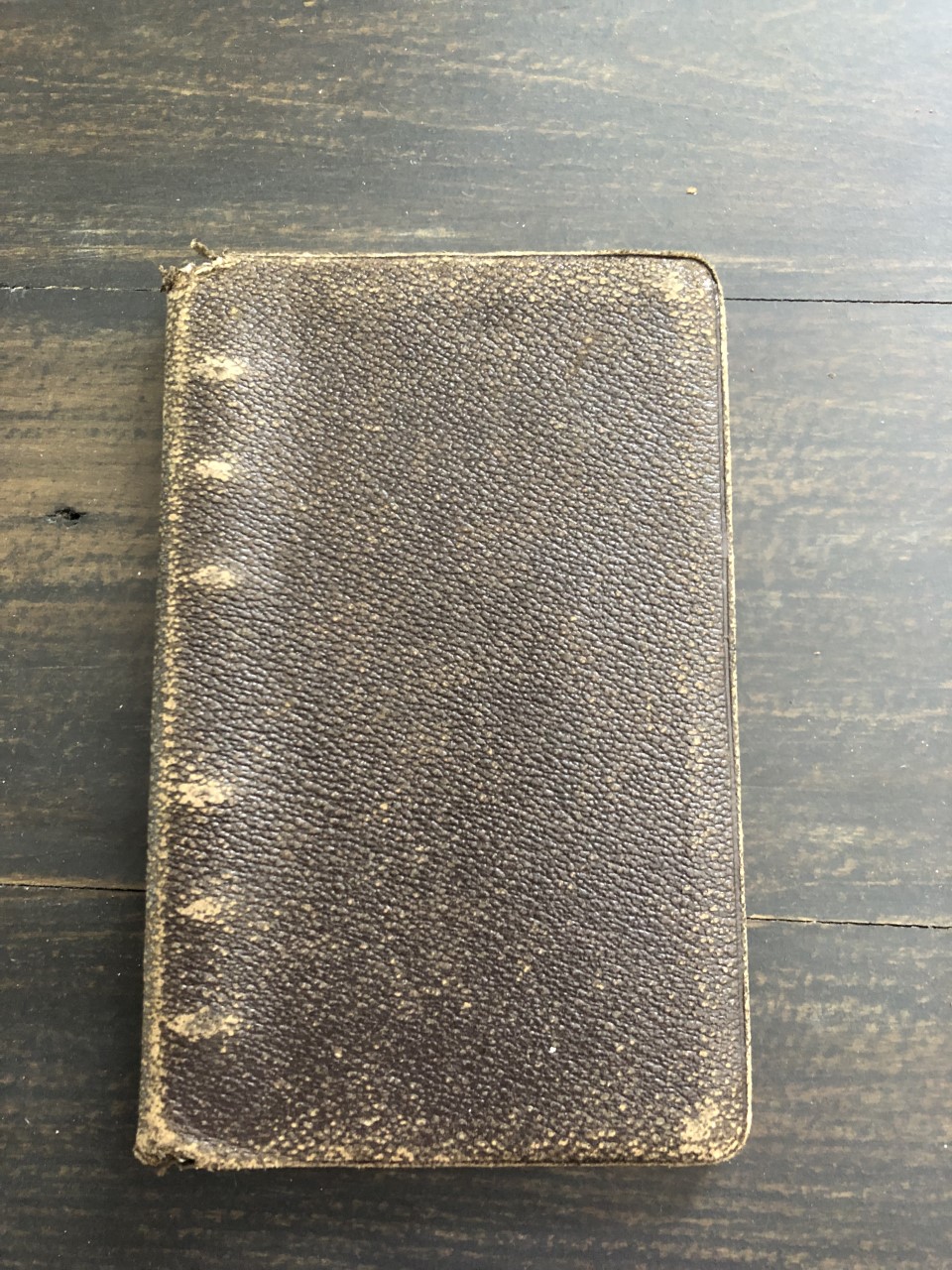 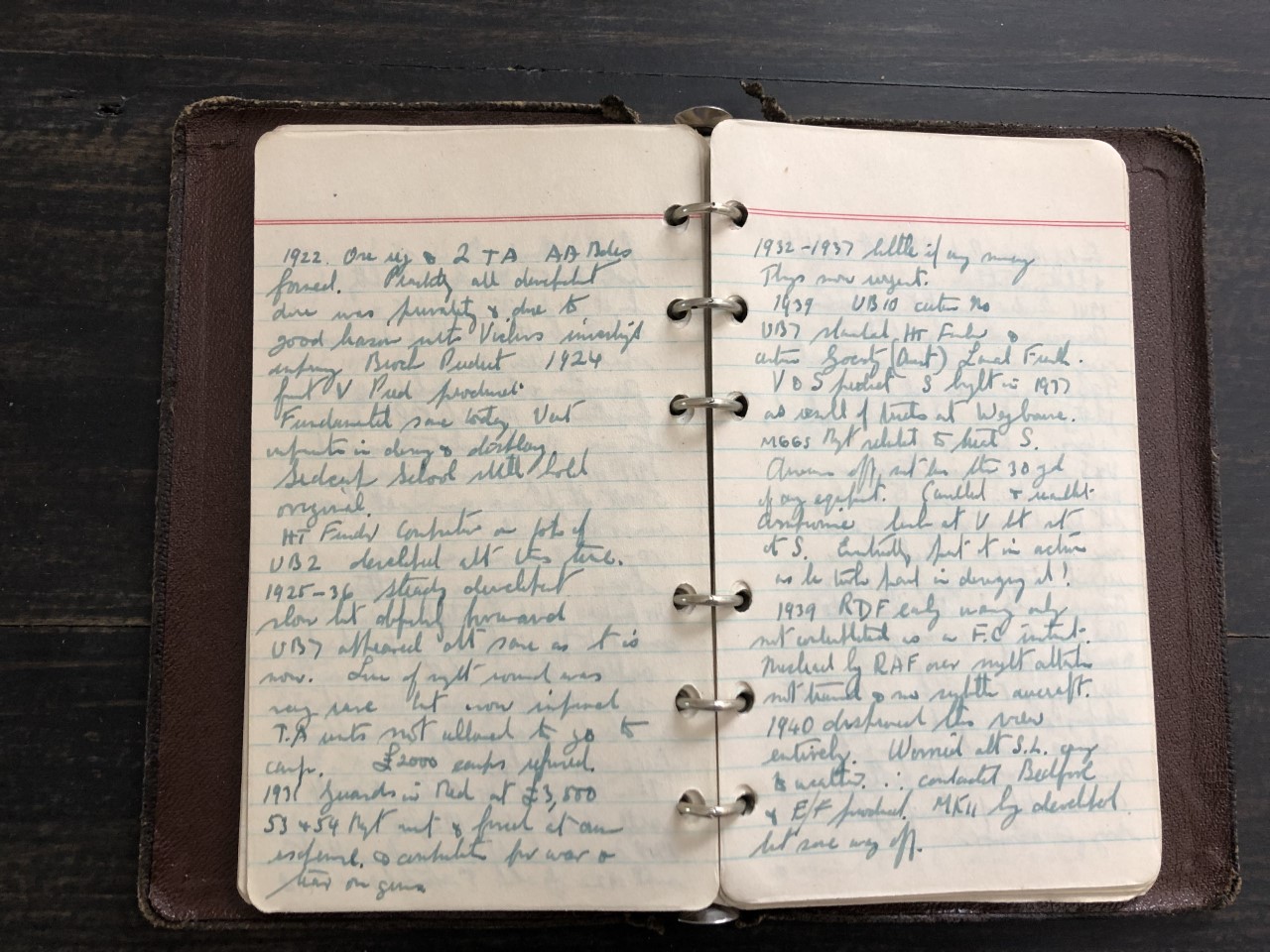 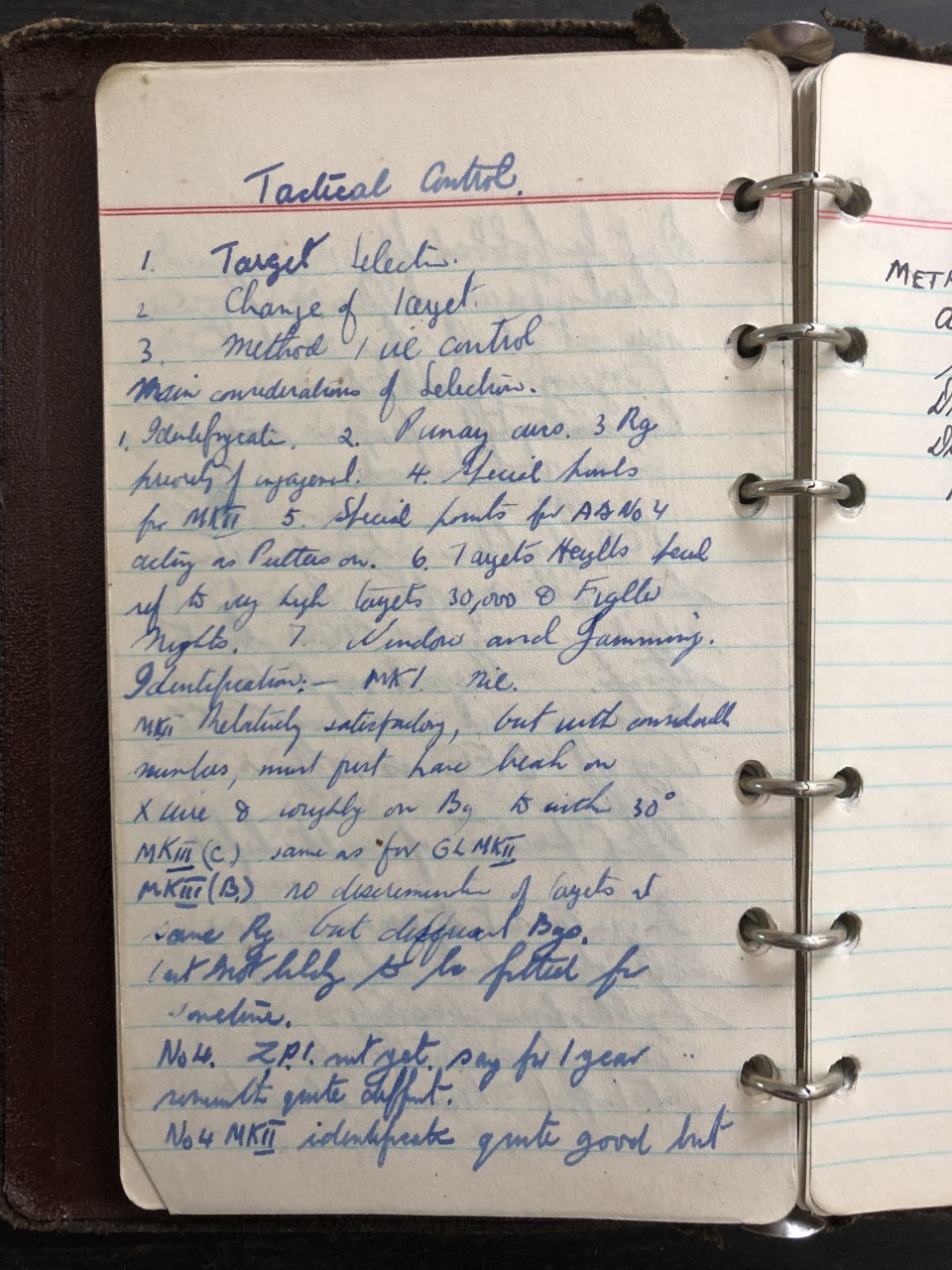 On offer is a very interesting pocket notebook carried by a British Army officer during WWII. The author of this notebook is Major H. A. Hansen. Hansen served in the Royal Artillery during WWII. Following the war, Hansen was part of the British contingent serving on the Allied Commission for Austria which assumed control over Austria following the defeat of Germany in 1945. Specifically, Hansen served in the Economic Division. Although our informal research has not been able to discover any additional biographical information, there is an apparent home address from Liverpool, UK. This is a fascinating notebook. It is his jottings of information that he felt was important to note as he carried out his duties in Austria after the fall of Hitler's Germany. One long section deals with an overview of the country itself and major economic sectors. For example: "Clothing : 1938 a self-supporting i. E. 'making up" industries especially in knit wear which was of high grade quality and there was quite considerable [ ] of this style of goods. Mostly restricted in Vienna to pre-1938 men under Jewish control. Latest evidence factories still in existence under Nazi control. Present products not known. Chemicals : … Chemical industry controlled almost exclusively by I. G. Farbenindustrial Development … an issue of great complexity. Pharmaceutical branch will be of great importance. Domestic supplies of [ ] will be inadequate. Majority of chemical works vicinity of Vienna, Moosbierbaum in Oberdonau and in Steimach." Another section contains a list of fuels and natural resources available. He includes a list of German abbreviations, their full meaning and a translation. He talks about the objectives of their mission: "Objectives : Basic objective to ensure controlled development of Austrian mineral resources. : a) to the extent necessary to maintain an industrial activity at level approved by Allied High Command b) to the further extent necessary to supply fuel and raw materials for essential Austrian needs and to the additional extent necessary to provide such supplies ass shall be approved for [ ] [ ] international transfer or international requisitions". For a historian of WWII and the immediate reconstruction period following the war, this is an outstanding primary source document. It is one thing to read the dry reports and records of such administrations, but it is another thing entirely to see the private notes of someone who was intimately involved. This notebook is a small ring binder measuring 6.25 inches by 4.0 inches. It contains 108 pages, held by a 6-ring binder clip. The notebook is 75% complete. It is in very good condition. While the leather cover shows some signs of wear, its in completely intact. The binding and pages are in good condition and the handwriting is legible. ; Manuscripts; 8vo 8" - 9" tall; 108 pages; Keywords: handwritten, manuscript, document, letter, autograph, writer, hand written, documents, signed, letters, manuscripts, historical, holograph, writers, autographs, personal, memoir, memorial, antiquité, contrat, vélin, document, manuscrit, papier antike, brief, pergament, dokument, manuskript, papier oggetto d'antiquariato, atto, velina, documento, manoscritto, carta antigüedad, hecho, vitela, documento, manuscrito, papel, post war Germany, World War Two, WW2, British Royal Artillery, Austria, soldier notes, front lines, British Army; Signed by Author

Title: 1940s Royal Artillery British Major's Pocket Notebook Kept While Serving on the Allied Commission for Austria after the Fall of Hitler's Germany