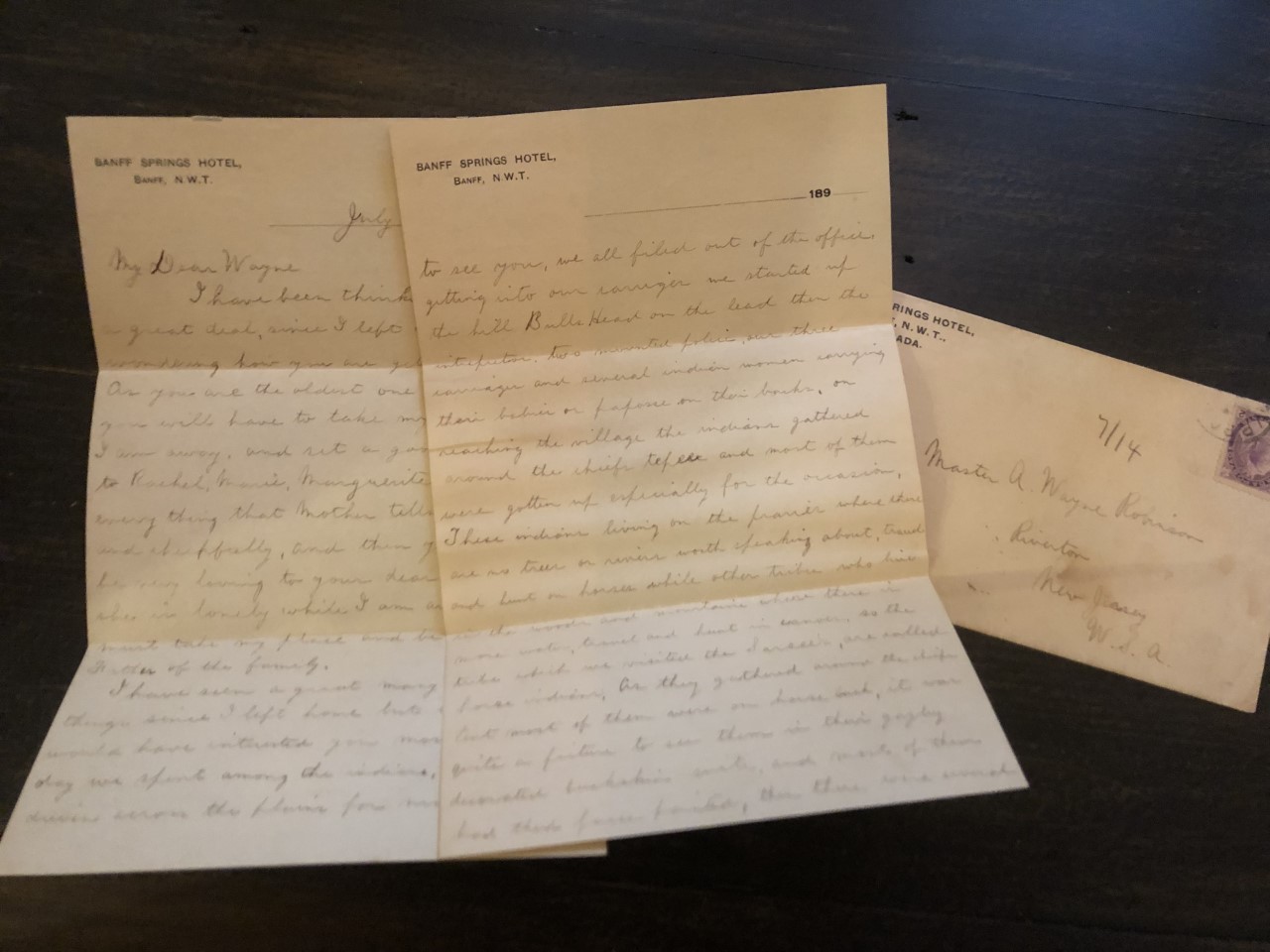 On offer is a remarkable letter written at the end of the 19th century from western Canada. The letter is written by Anthony Wayne Robinson to his then 9 year old son. Robinson was born in 1861 in Philadelphia PA. He passed away in 1939 at the age of 78. The letter was written while Robinson was on a trip to western Canada. Dated July 14, 1899, the letter details his visit to a Sarcee Reservation where he met their chief, Chula, also known as Chief Bull's Head. Bull's Head was a plains warrior from the Sarcee tribe. Assuming the leadership of his people after his older brother was killed in combat, Bull's Head served as chief from about 1865 until his death in 1911. It was Bull's Head who negotiated with the Canadian Government Treaty No. 7. A pictograph robe in the Royal Ontario Museum, Toronto, and another in the Glenbow Museum, Calgary, display his achievements in war. Some excerpts of the letter: "My Dear Wayne, I have been thinking of you all a great deal since I left Riverton and wondering how you are getting along. As you are the oldest one of the children you will have to take my place while I am away……I have seen a great may wonderful things since I left home but what I think would have interested you most was the day we spent among the Indians..." ; "When we reached the village we were met by Colonel McClure who is employed by the English government to oversee the Indians. We were invited into his office where the King or Chief was introduced to us all. He was a tall Indian over six feet high, about sixty years of age. He was dressed in buckskin covered with bead work and a great number of ermine skins were hanging from his arms and legs. On his feet were moccasins very beautifully worked with beads. An old felt hat, yellow with age and several feathers stuck through it, covered his head. In his hands he held an eagle wing and a buckskin bag or pouch in which he carried his treasures and tobacco..." ; "We all filed out of the office, getting into our carriage, we started up the hill. Bulls Head on the lead then the interpreter, two mounted police, our three carriages and several Indian women carrying their babies or papoose on their backs..." . For a historian, this is an excellent piece of history documenting a meeting with on of the powerful native warriors and leaders on the Canadian Great Plains. The letter measures 8 inches by 5.25 inches and consists of 2 double-sided pages. The pages are 100% complete. The letter and its accompanying envelope are in good condition. ; Letters; 24mo 5" - 6" tall; 2 pages; Signed by Author