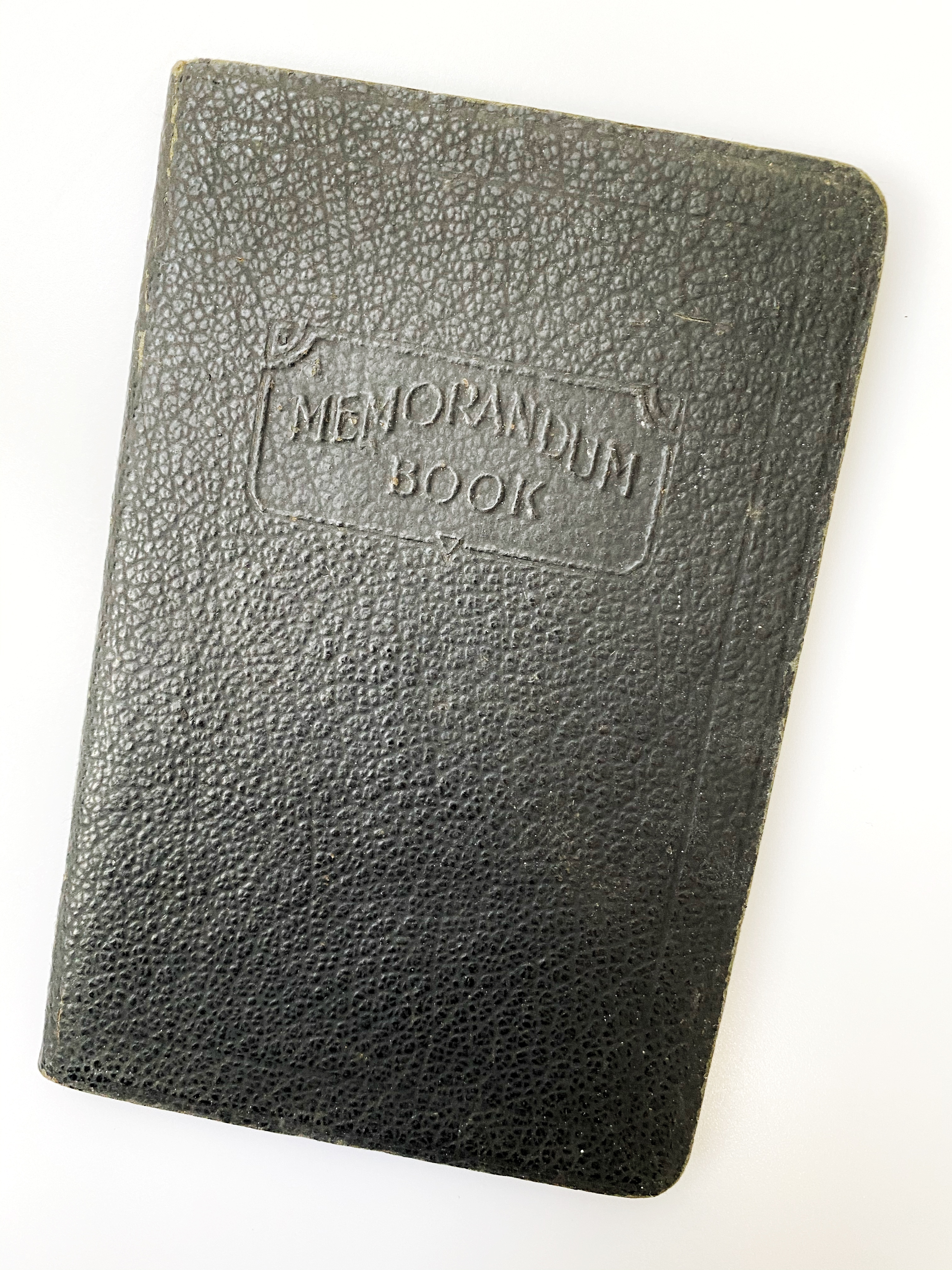 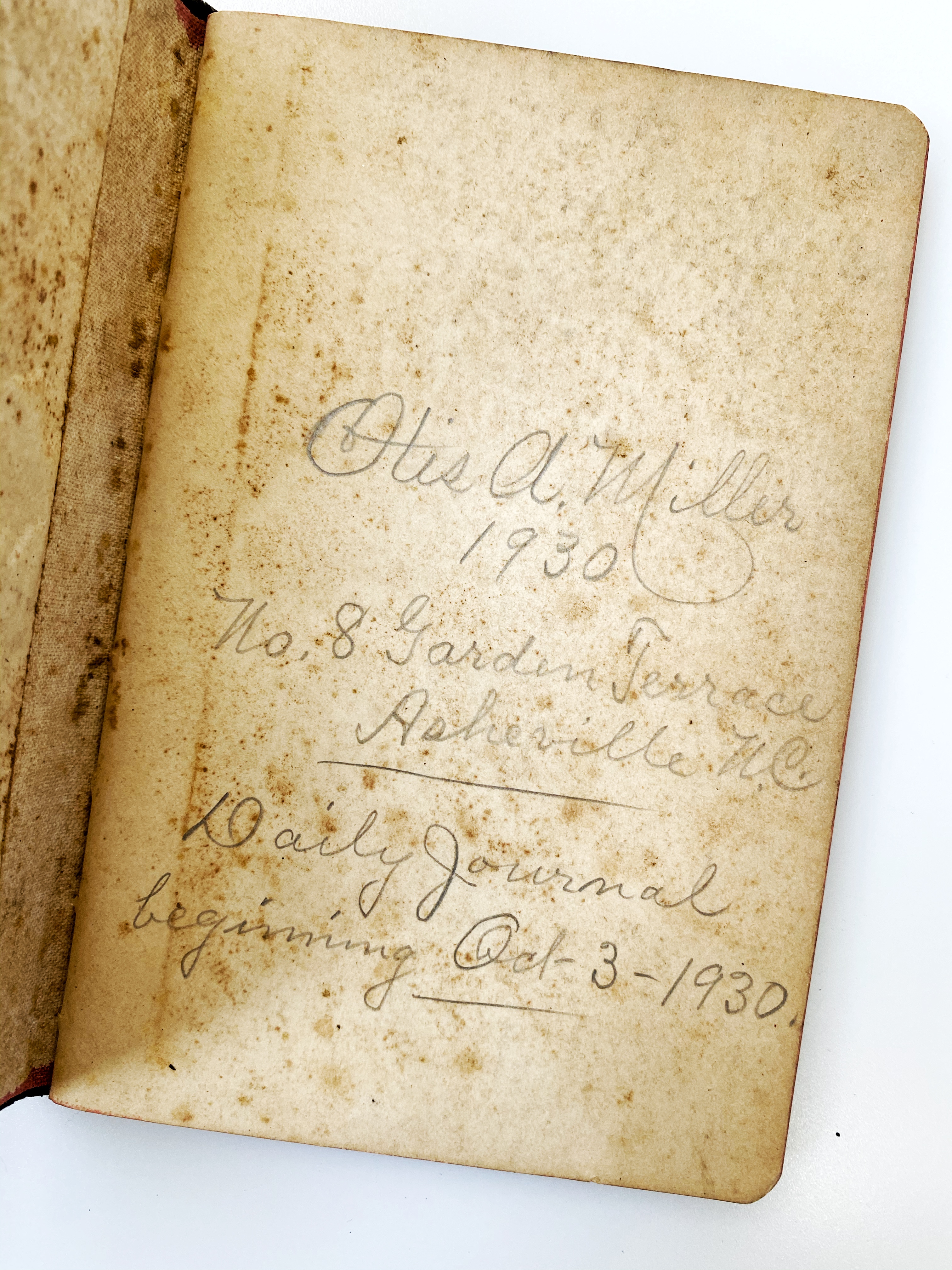 1930-1931 Original Manuscript Diary Chronicling the Final Year of a Professor, Artist, and Possible Land Developer in the American South

On offer is a small journal detailing the last year in the life of Otis Alonzo Miller, a professor and landscape painter, and possibly a developer, from the American South. This diary offers a detailed glimpse into the day-to-day happenings of Millers final year. The journal entries are brief, often only two or three lines. Miller notes the weather and the principal things he was engaged in during the day. Many entries relate to his painting. "Lovely day. I kept to my room & touched up a couple of paintings." (December 4, 1931) "Snowed. President Hoover came to town to visit his son." (March 8, 1930) "Cool and clear. I painted steadily. Mr. White from Palmer Life store came to see my paintings about 5." (April 29, 1931) "Hot enough. I sat in my room and am 83 years old today. Went with Mabel to Lamberts at 3. Maude came to see me in time for dinner." (July 14, 1931) "Warm. I am sick. Played out. Bad night. Maude called at 3." (October 7, 1931) On the last page, he makes a notation about paintings that he has given to the children in his family. Miller was born in Lawrenceburg, Indiana, on July 14, 1848, and passed away at the age of 83 on December 19, 1931, in Asheville, North Carolina. In researching Miller we discovered a 1911 ad in the Roanoke VA Evening News, publicizing the sale and exhibit of Millers "High Class Oil Paintings." He painted right up until his death. Our research also suggests that before moving to North Carolina, Miller may have been a noted real estate developer in Knoxville, TN, responsible for what is known as O. A. Millers South Side Addition. In her book, Skyland and Its Founder, author Sandra Samz credits an Otis A. Miller for developing Skyland, an area of southern Buncombe County in North Carolina. More research is needed before we can confirm that these O. A. Millers are one in the same. Measuring 5.75 inches by 3.75 inches, this small journal contains 100 pages and is 100 percent complete. Written in an ordinary lined notebook, the hard cover and binding are both in good condition. There is some age staining on the insides of the cover and on the pages, which are in otherwise good condition. The handwriting is quite legible. This journal begins on October 3, 1930, and continues until October 30, 1931, about six weeks before Millers death.

Title: 1930-1931 Original Manuscript Diary Chronicling the Final Year of a Professor, Artist, and Possible Land Developer in the American South

1930-1931 Original Manuscript Diary Chronicling the Final Year of a Professor, Artist, and Possible Land Developer in the American South