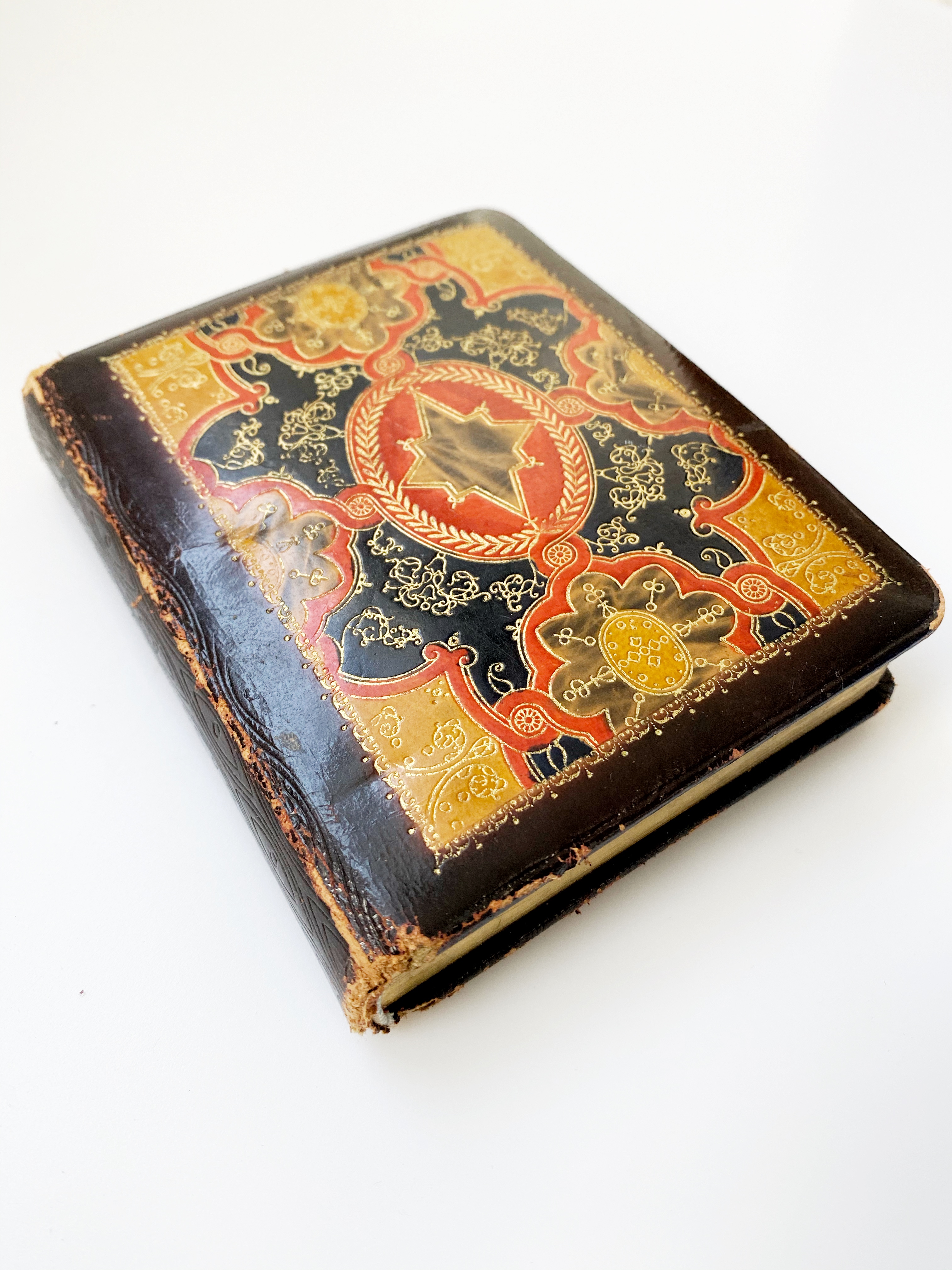 On offer is a travel diary providing a brief description of a cruise from New York City to France just a few years before the outbreak of World War II. The author of this travel description is unknown, but context suggests that she is a young woman. On July 3, 1936, our author leaves on a cruise ship for France. Her writing suggests that she is part of a tour group: We are beginning to become acquainted with the people on our tour and many are quite promising (July 3). Over the next few pages, she describes their passage across the Atlantic Ocean, commenting on the weather and other passengers: "Ruth's cake made the rounds of the bar amid hilarious singing and kazoo music. Had a spell of mal-de-mer" (July 3). "Visited the whole ship. First class is very luxurious but tourist is more my speed. It mite almost have been worth the extra investment but this way, its easier to become acquainted with our group" (July 5). Of particular note is the authors discussion of politics aboard the cruise ship, which is reflective of the discourse that was occurring generally in the United States and Europe at the time: "Spoke with some of the crew. It's thrilling when almost every answer to political partisanship is 'Je suis socialist or Communist.' 90% of the ship's crew are members of la front populaire. Our waiter however is one of four members of the Croix de Feu. He says his sister is a teacher and a Communist" (July 5). The Front Populaire (Popular Front) in France was a coalition of left-wing movements during the interwar period united to combat the economic crisis of the Great Depression and rising fascism. The Popular Front won the May 1936 legislative elections, but collapsed in mid 1937 amid general social unrest as Europe slid slowly but inexorably to war. The Croix de Feu was a right-wing political party and movement founded initially by World War I veterans. The journal's author arrives in Le Havre, where she disembarks and boards a tour bus. From here, she travels to several cities and communities in Normandy. She discusses her experiences, saying, "I'm getting awfully sick of French meals. Spoke French all thru dinner with our guide. It was swell practice. ... We read every sign and act like hicks" (undated). The diary ends at Avranches, where the author had a magnificent view of Mont St. Michel in the distance. This book is a 5-year diary that has been used as a journal with no reference to the dated sections. It measures 4 inches by 5 inches and contains 365 pages. It is 3% complete. The covers are in good condition, although a clasp to secure the diary is missing. The spine and binding are in good condition as well, as are the pages. The handwriting is legible. For a social historian, this small journal offers a glimpse into the world of the better-off in America during the Great Depression. It also hints at the tremendous social upheavals taking place in Europe, which would lead to cataclysmic war.