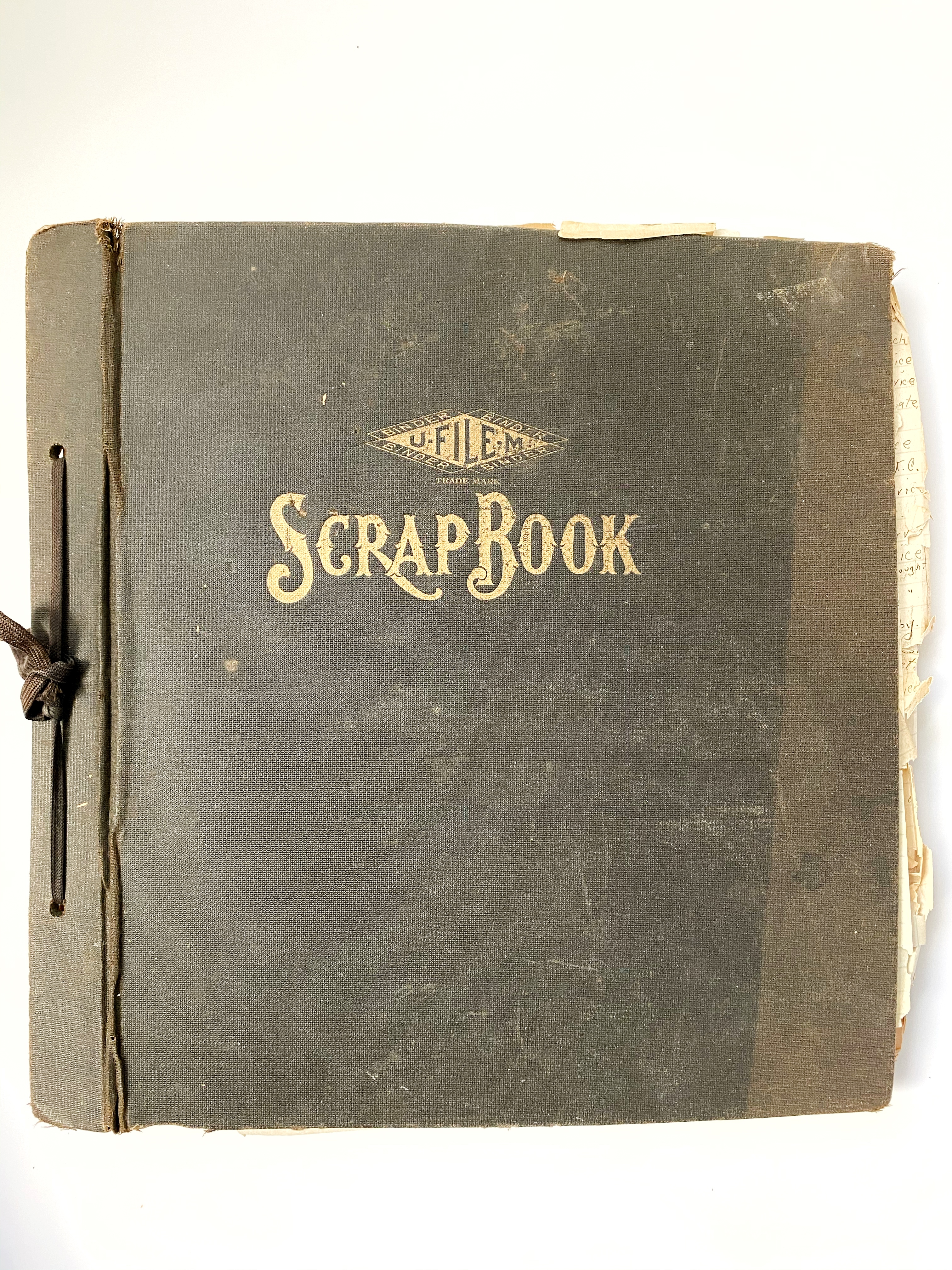 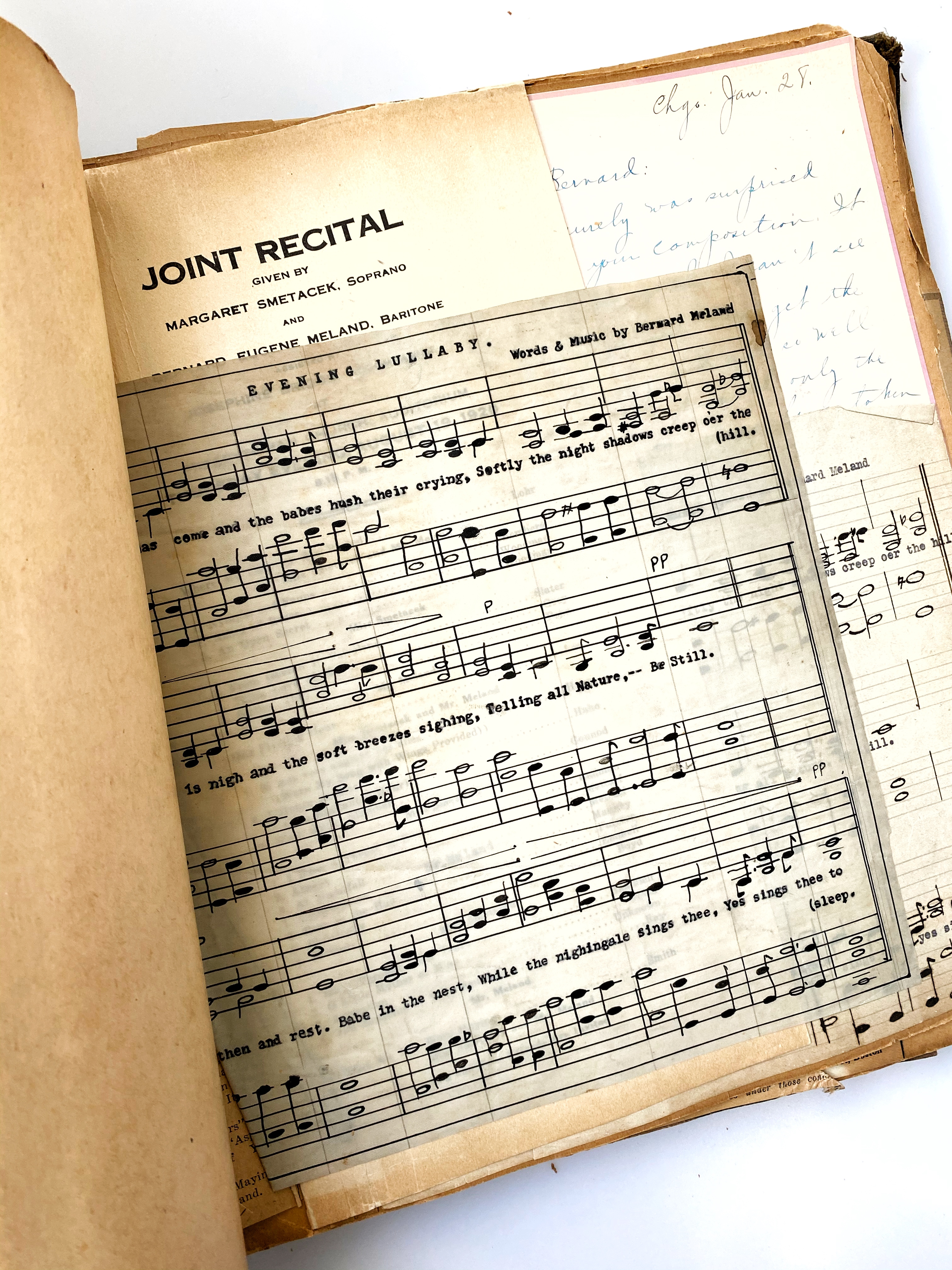 On offer is a wonderful early-20th-century scrapbook assembled by Bernard Eugene Meland, one of Americas leading theologians. This scrapbook dates from Melands early life. It includes many notes, mementos, and keepsakes, as well as letters that he obviously felt were important to him. Many items relate to music, such as news articles about the Italian operatic tenor Enrico Caruso, pictures of notable music performers, and programs from various musical events such as the Calumet Conservatory of Music and Dramatic Art. In one program, Meland headlines as a baritone. Other pages in the scrapbook refer to Melands service in the Students' Army Training Corps (SATC). The SATC provided a reserve of more than 25,000 students trained to become officers during World War I. This was necessary to officer the new army of two million that was to assist in the 1919 spring offensive during the war. Without the SATC, it would have been impossible to provide an officer corps so rapidly in any other way. It also served to buffer many post-secondary institutions from the effects of the loss of so many students and the revenues they generated. Melands scrapbook includes a complete description of the University of Illinois' Student Army Training Corps agreement, as well as a list of some of his friends who served with him in the SATC. This scrapbook measures 11.25 inches by 11.25 inches. The cover is in good condition, although it shows some discolouration. The pages are held together by a lace binding. While the lacing is intact and the binding secure, most of the pages have pulled away from it. The pages are chipped around the edges and show discolouration as well. There are 42 scrapbook pages, but there are also dozens of additional pages inserted between the leaves. These contain notes, photographs, letters, and more. Bernard Eugene Meland was a classic liberal Christian theologian. Born in 1899 in Chicago, he initially worked as a carpenter. After service in WWI, he received a bachelor's degree at Park College, Missouri and went on to study at the University of Illinois. Subsequently, he studied at McCormick Theological Seminary in Chicago and was ordained as a Presbyterian minister. He taught at Central College in Missouri and Pomona College in California before joining the faculty of the University of Chicago. He authored a number of books and essays, all of which provide insights into his theological vision. For an historian, this scrapbook has value on several levels. It offers an excellent window into the early life of a man who would make significant contributions to American philosophy and thought. It also indirectly provides a close look at aspects of life on the homefront during World War I.

Title: Early 1900s Original Scrapbook Compiled by a Young Man Who Would Become One of Americas Leading Theologians